Zoog Volkov Martinez is a character role-played by XOZoog

Zoog Volkov Martinez better known as "Kitty" is a Mexican/Russian immigrant that came to Los Santos looking for new business opportunities. Usually, Zoog can be spotted wearing a cat mask which he refers to as his face. Zoog likes to stay in the shadows and relatively unknown opting to lie about his real name.

Kitty is pretty friendly with everyone. Although he is a member of the Ballas and his leader Mando Thompson is one of the most ruthless individuals he has ever met in the city, he usually tries to settle matters diplomatically. However, when it is time to smoke people he will not hesitate especially when he is in the middle of war. Kitty is a massive flirt and usually tries to take any girl he meets out on a date. He was probably influenced by his boss Mando. Kitty is extremely loyal at least when it comes to the Ballas, he would never betray them.

His appearance is based on "Armor King" a character from the popular fighting game series Tekken.

After working two short days at the Rooster's Rest, Zoog was suspended for an entire week because officer Claire Everly decided to arrest Zoog at the Rooster's. The reason is due to the Rooster's strict "No Crime" on the premises policy which prevents employees from talking, committing, or anything of the sort involving crime.

Kitty in for the 9s

Zoog's has been sent in for the 9s. He was assisting Mando Thompson with the sell of meth and the cleaning of dirty money and was detained by Lenny Hawk and Randy Wrangler on the corner of the cul de sac. Randy Wrangler somehow got a raid approved when Mando was caught with only 2 bags of meth. Allegedly, Zoog and Mando were selling drugs which they claimed they weren't. Wrangler attempted to strike a deal with Mando and Zoog in order to catch a "bigger fish" but they gave him absolutely nothing. Now they're in the jail waiting for their court case which is estimated to be within a week.

In court case they're are charging Mando Thompson, David Rusky, and Zoog with Drug Trafficking as well as sale of drugs. If they are found guilty, they each are looking at a 100k+ fine as well as 3 years prison sentence. On top of all that, Mando could potentially have his house seized by the DA. 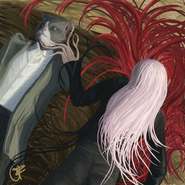 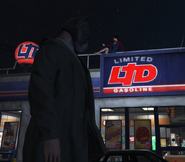 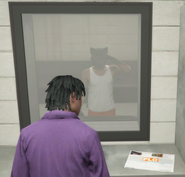 East Side Balla Gang in Jail 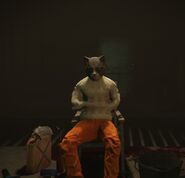 "Time to smoke some foos"