Ziggy Buggs is a character role-played by Ziggy.

Ziggy Buggs is a Sergeant and Co-Lead of the San Andreas State Park Rangers, Badge #250.

Ziggy mainly operates out of the Beaver Bush Park Ranger Station. His focus is keeping the ecosystem in check by maintaining the animal population on the Island.

Known as the "Original Los Santos Park Ranger", A.K.A. "Master of the Murder Kitties", as Ziggy has tamed all of them single-handedly.

Ziggy was formerly an exotic dancer prior to becoming a cop, he performed to make some extra money to help pay for his Law School Fees. 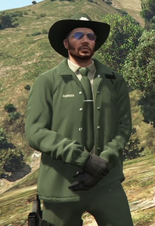 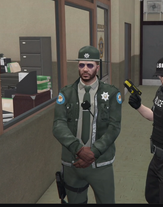 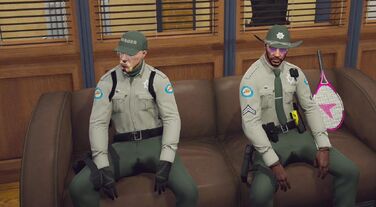 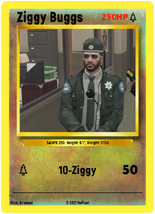 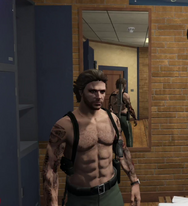