Wednesday Mushkin is a character role-played by RemiTheSiren.

Wednesday Mushkin belongs to a family of four individuals. Mary Mushkin, Kanye Mushkin, and Jolene Mushkin. They each wear their "family crest" over their face when committing crimes, which is most accustomed to a raccoon.

They currently are in good standings with the Mersion Family, and don't have any significant enemies, apart from Kanye's agitations towards the Grove Street Family.

(Additionally, because she apparently looks like Wednesday Addams [1] from the Addam's Family [2], the Leader of GSF, Chef, doesn't seem to connect Kanye and Wednesday as family).

Out of all her siblings, Wednesday is the more secluded and reserved. Unlike Kanye, her voice is calm, kept, and rather monotone. Above all, she refuses to run for fear of sweating.

Nothing makes her happier than riding along with her closest friend, Wilson. (She also refuses to pedal quickly on Wilson, from again, fear of sweating).

Within many running theories of the "masks" referenced earlier, it is believed that wearers of them have psyche affected once being put on. This is most persistent in Mary, who dramatically changes in demeanor when wearing hers. Kanye is known to very rarely remove his. Wednesday's alteration is near unnoticeable, with her attitude and voice both remaining consistent, unlike the other two mentioned before. From speculation, Wednesday was the best received of their fathers "training", and assumed not to take much effect when applying the mask.

As mentioned before, Wednesday and her three siblings all grew up together in the same household. However, it was once mentioned that Jolene had been "sent away" for some time. Any information on their Mother has yet to be revealed, and no signs are leading as to where she fits into the puzzle. Their father, Azeban Mushkin (named potentially after the mythological God of Trickery [3]) raised them from birth.

From current understandings, Azeban was once involved within the medical field (still not determined), and raised the four siblings with little income. At some unidentified time, their father began kidnapping people, and selling their body parts on the Black Market for a much more significant source of income.

In their father's eyes, Wednesday was likely one of the more successful Mushkins. Though a bit of an oddity compared to her siblings, she tried to be as “normal” as possible growing up, though naturally this only led to issues. Her father had a tendency to abduct people who upset his daughters, which is somewhat now considered the ‘family business.’ These kidnappings had a substantial effect on Wednesday, as she was a very jealous girl growing up, often leading her father to believe the people she was interested in were actually bothering her.

Wednesday now believes that the kidnappings, murders, and all other assortments of things their father attempted to impart are signs of affection; the more serious the feelings, the more serious the offense. This additionally has lead her to try to be emotionally detached from many things, in order to avoid having things she likes, killed. Wednesday has now come to Los Santos to follow her siblings, and try to keep tabs on them for her father.

Upon arriving in the city, the Mushkin's first affiliation was with the Mersions, who are a group of "British Chavs" that had just recently come to the city. The most prominent of their members, Mia Mersion, was the main reason for the link being created. As current standings, the two groups remain on equal footings. They plan on eventually buying out an entire street of houses, to which will be called the Mushkin-Mersion Mansions.

As per customary to her grind for money to support the family, Wednesday had gained enough crypto-currency (Pixerium) to request supply crates from The Wizard. (The Wizard supplies citizens that earn enough Pixerium with either a random supply crate of weapons, or a box of crack. With an accidental slip of her finger on the ordering screen, she accidentally ordered the box of crack. Upon receiving, she was at first frustrated with herself for ordering the wrong crate, knowing that ordering weapons crates could provide the customer with a highly valuable firearm. However, she gave it a second thought; a quirk about a few of the Mushkins (primarily Mary and Kanye) is their addiction and dependency to crack. Her first idea was to lend the crack to her siblings as a form of payment towards the family's "income", but then she started thinking of more ways to get use out of it.

Wednesday had met a few individuals within the weeks of her being in the city that were, more notably than not, crackheads. A few primary friends she had made under this description were Zach Putters and Chips Ahoy. With plans slowly coming together to use her newfound stockpile of crack, Wednesday started her goal to ensure operation "Rat Queen." This operation would involve loaning off crack to addicted individuals in return for doing "dirty" work for her. When offering the crack to these individuals, she has only asked as payments in the form of "favors."

While she was planning this new use for crack, a man (Raja Bahadur) pulled up beside her and offered a ride, seeing her walking alone at a slow pace. After Wednesday's introduction to him, she asked him about the potential of crack distribution. With Raja being "multi-valuable" in his assets, he began going back and forth with her on ways to go about putting this plan into action. His first offer to attribute to the plan would be a brick of cocaine. The two agreed on a price, which Wednesday paid; thus beginning Phase 1 of The Rat Queen. 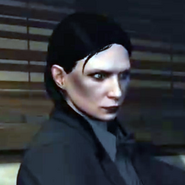 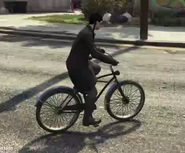 Retrieved from "https://nopixel.fandom.com/wiki/Wednesday_Mushkin?oldid=76956"
Community content is available under CC-BY-SA unless otherwise noted.