Vince Watson is a character role-played by jfourmess.

Vince Watson is a 31 year old man, looking to establish himself in a world that has always left him behind. As a young boy he found himself in a life of crime to help pay for his mothers care. But as you can guess this didn't always end well for him. Vince may have a cocky attitude towards things at times due to confidence issues from his past; he also thinks that issues always are easy to solve and his confidence in his ability to resolve issues usually leads him into unfavourable circumstances. After bumping into Stacy one day he quickly found himself making friends with her and Tommy T. This encounter has lead to Vince spending time with the Mandem and MDMA (Mandem associates). Vince is always trying to make jokes and lighten the mood even if its at his expense; he had a rough time growing up but he always wants to put his friends first.

Some do wonder though... Is his beard real ?

At this meeting/pitch on 22nd December with Marlo Stanfield, Dean Watson and Dean Quincy at the Cerberus Christmas Event at The Memorial Wall , Vince told Marlo and DW about his idea and what he wanted and that Kevin Ram was ready to invest $200k into the idea but he hadn't been given any shares due to the company being just an idea at the point. During the meeting, he told Marlo and the two Deans, that he would be keeping majority of the shares in the company so he could make decisions at the end, keeping 60% to himself and giving them 40%. DW countered with Vince having 50%, while Cerberus had 20, Marlo had 20, and Dean Quincy with 10, also outbidding Kevin. Upon being asked how much he would like to have as the first investment, Vince told them he wouldn't know until the cost of manufacturing was completed but at this stage he asked for $400k, which DW and Marlo happily agreed. DW left the meeting saying he would complete the paperwork and start working on the project in the next couple of days.

He is infamously known as the The Notorious House Robber by the Police Department and usually has a warrant for arrest because of it. He also single-handedly pushed $500k worth of meth for the Mandem in less than a week and continues to do in his free time.He is the go-to-person for rat strats with bikes, and commonly known the as one of the top rattiest person in the city.

Vince was the first person from The Mandem to do a S+ Boost and vin scratched Diablo GTR in red. 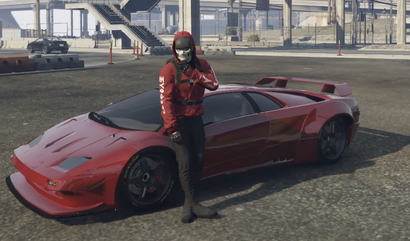 "You are rather drippy"

Vince as LandoV by Inchrono

Its Mr. Watson to you by Akisznn