Vasily Sazkaljovich is a character role-played by aleks.

Vasily Sazkaljovich (known as "V" to most) is a young man from Russia. He is most identifiable from his short black hair and the tattoo that rests across his collarbone.

Vasily tends to bounce between friend groups and as a result of his friendly nature, he is known to talk to anyone he comes across. He can often be seen spending time with Julio Thomas, members of HOA, various Chang Gang members or his family. He was previously a prospect for The Russian Mafia but has since cut ties with the them due to his sister, Olga, leaving.

Vasily is also employed at the Blazing Tattoo as both a shadow Owner and tattoo artist. He previously worked at Rooster's Rest and Pegasus Concierge but was fired as a result of him being out of the country for 6 months.

When Vasily was around 8 years of age, his father (Sergei Sazkaljovich) moved away from Russia to the city of Los Santos in order to make money as a taxi driver for his family back home. As a result of this, Vasily's relationship with his father was absent and there was no communication between them- even during the time that his father lived in Russia, he was always too busy to make time for Vasily. For this reason, Vasily moved from Russia to Los Santos in order to look for his father so that they could be reunited once again and make-up for the years that had been missed.

Vasily briefly took a 6 month trip to Serbia, Russia to see his Grandmother but returned to Los Santos in September 2021. 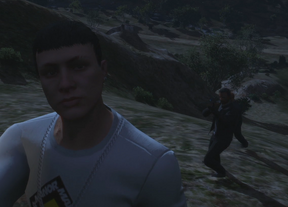 V hunting with the boys 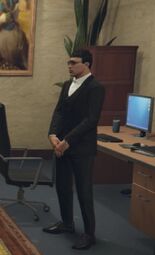 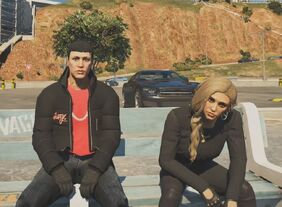 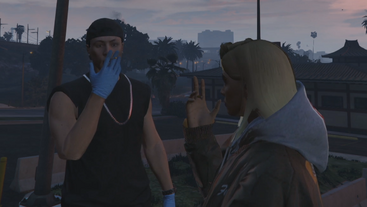 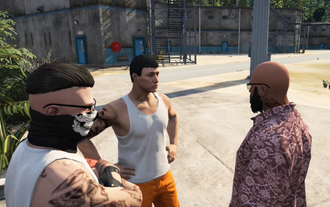 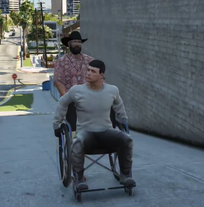 V in a wheelchair