Vader is a longtime member of the NoPixel community, mostly known for his character Eugene Zuckerberg. Vader is currently a facebook gaming partner and streams on facebook.

Eugene is a prolific criminal and the former mayor of Los Santos. 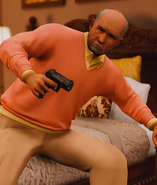 Tuong is a news reporter for City News. 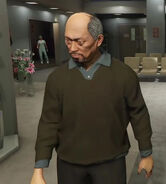 Also known as Rob Banks is a ride along hoping to become a cop one day.

Kudo Kai is a businessman.

Dirty Mike is a homeless crack addict who terrorizes the city and everyone living in it.

A member of the Block family.

A member of The Families Gang. 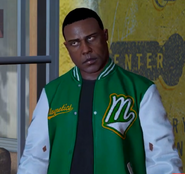 A plumber looking for work.

Member of the Mersion family.

An OG of the East Side Ballaz and cousin of Carlos "Cheddar" Sanchez.

A mime thats part of the Wonders family and Concrete Gang

A con artist and brother of Matthew Payne.

A former mall cop and head security at Garage Q and Pillbox.

A white knight protector of women.

The leader of the Skittles Gang. 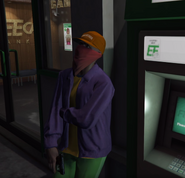