UwU Café is a restaurant created and owned by Ash Ketchup. Benji Ramos, Sherry Paie and Attorney James Haze each own a small percentage of the company and help run it. 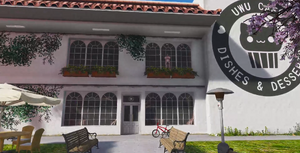 A F&B outlet that has a Cat Maid cafe theme that is run out of the Little Seoul neighbourhood. For the first few months, the cafe operated through Dean's World and Farmer's market vendors booths.

The cafe has established relationships with other businesses. With Hayes Auto Body Repairs for daily food supply runs during the cafe's vendor booth era. And for a short while, with the National Paintball Association to sell food at the arena during matches. The business offers catering for special events.

Disgruntled with management decisions at Burger Shot, Ash Ketchup decided she wanted to start up her own rival establishment in the form of a cafe, eventually conceptualising it fully as a cat maid cafe. Sharing her idea with similarly peeved Burger Shot colleague, Kitty Dream, the two initially wanted to go in as equal partners until disagreements over ownership and perceived commitment levels to the project resulted in Kitty bowing out. The business proposal was submitted and approved under the Denzel Williams mayorship administration. 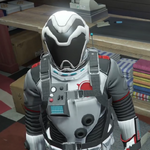 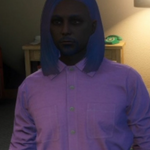 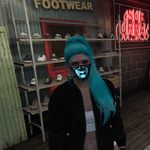 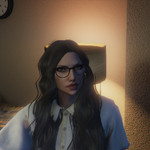 This place is changing

Selfie with the Banner

Mural in the UwU Offices of OG roster