In a relationship with Jupiter Adams

Tyrone "Big T" Thompson is a character role-played by ItsSammyP.

Tyrone Thompson known as "Big T" was a member of the South Side Ballas.

Tyrone lived with his mother who was heavily addicted to drugs and died from an overdose when he was very young, His father's whereabouts are unknown.

Tyrone was forced to raise himself in the slums and streets of South Los Santos.

The two were the best of friends until Emmanuel Biggs passing...

Big T was Blooded in by his peers and became a true member for the South Side Ballas and is considered to be an Enforcer for Lil K and CJ.

Big T is now an aggressor and top shooter for the Ballaz proving his worth holding down the Cul-De-Sac... from intruders who enter his street. Big T is smart and has incredible hood like awareness that make him a promising future Leader for the South Side Ballas crew and there fight for the Cul-De-Sac...

Big T is also the cousin of Big E, who was the leader of the South Side Ballas until his death. 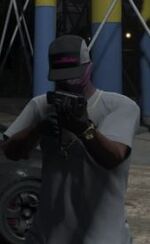 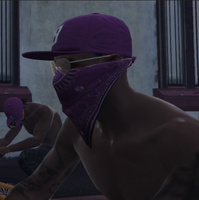 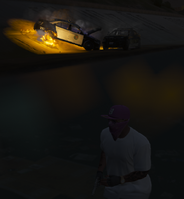 Retrieved from "https://nopixel.fandom.com/wiki/Tyrone_Thompson?oldid=109528"
Community content is available under CC-BY-SA unless otherwise noted.