Tupac Shakur is a character role-played by PriddyFresh

Tupac is a famous rapper who faked his death, moved to Cuba and now resides in Los Santos working to rebuild The Outlawz and pursue other paths besides just music. He is affiliated with Prune Tang Records. Tupac maintains a low profile but has many connections in the city. He offered Jordan Steele a business opportunity after he was fired from the police department. Jordan respectfully declined the offer because he wanted to try to get his parking lot business going. 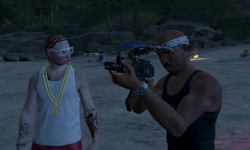 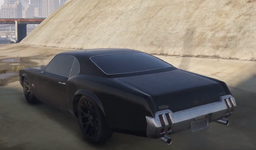 Tupac's car
Add a photo to this gallery
Retrieved from "https://nopixel.fandom.com/wiki/Tupac_Shakur?oldid=39988"
Community content is available under CC-BY-SA unless otherwise noted.