Travis Tribble is a character role-played by ConfusedDevil.

Travis Tribble is a Senior Deputy for the Blaine County Sheriff's Office, Badge #357.

Tribble is in a long-term relationship and living with Ice Cream Queen, Hedi Saurus.

Along with LSPD Highwayman Rocko Colombo, Tribble is a proud member of the PD Human Resources Department. Together, they make sure all of the officers have good conduct on and off duty. As an added bonus, he also gets a chance to practice his tennis skills.

Following the dissolving of the police Union, Tribble has been forced to get his medication through other means. This off-brand medication gives him horrific gas that he uses to mess with other law enforcement officers.

Now that Tribble isn't a sheriff anymore he is dreaming of becoming a U.S. Marshal and carries a mask with him. He puts it on at times and calls himself the Masked Marshal

Tribble loves his "Tommyhawk" and has given an identical one to Hedi for her own protection.

When Tribble was a teenager, he turned in his own criminal parents to the police. Afterwards, he vowed to pursue a lifelong career as a Law Enforcement Officer. 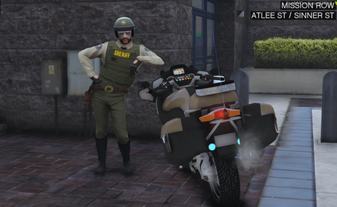 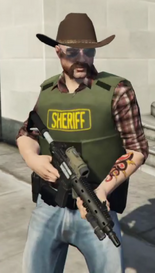 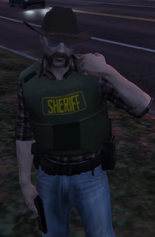 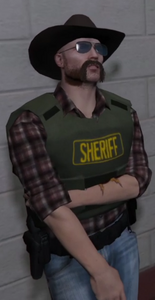 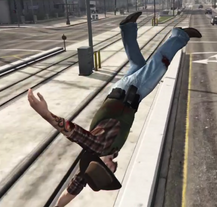 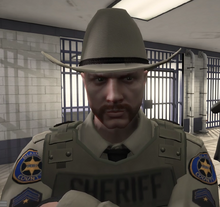 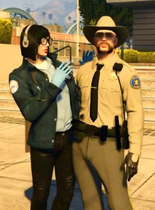 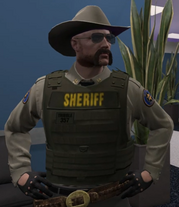 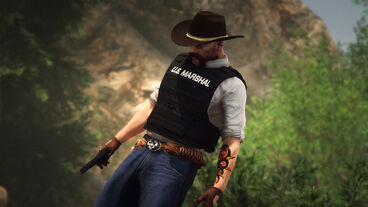