Single
Torrance Mented is a character role-played by charlieblossom .

Torrance is a juggalette and goes by the nickname of Tor. She was raised by various juggalo families, and came to the city after her family was murdered.

Tor is the adoptive sister of the late Dee Mented. She arrived to see Dee's grave, learn about her death, and meet her friends. Tor hates Dee and believes she killed her adoptive family.

On her first day in the city, she met Davey Doherty who introduced her to Ivan Tickles. Ivan was a close friend of Dee and initially did not trust Tor. Once he learned that Tor was Dee's sister he told her the HOA murdered her. Tor was secretly glad her sister was killed with a hatchet, and angry she was not her killer.

Tor was shot by a Molly Minaj and sent to the ICU while attempting a store robbery. Olivia Copper was on the scene and witnessed the shooting. Copper was unable to ID Tor and also mistook her for sister Dee. Tor wants to tarnish Dee's legacy by pretending she is her.

Tor helped killed Ivan Tickles on December 9th 2019. Tor and Ivan kidnapped Vivi and questioned her about the death of Dee. They wanted information about the HOA and Dee's killer "Tusk." Frederick “Fred” Bodini arrived to save Vivi and said that some guy called “Ricky” murdered Dee. Tor then betrayed Ivan and stabbed him once and Tusk then stabbed him repeatedly.

Siz apprehended Tor shortly after the stabbing, but after hearing she's going after Dee's friends, decided she was not a threat to the HOA. Fred let her know that Zee was a close friend to Dee. The HOA returned most of her gear, and later Vivi returned Dee's tongue and Dee's bloodstained Hatchet. Tor plans to have Zee cook the tongue.

Tor kidnapped EMS worker Nettie Machete at gunpoint. She took Nettie to a mountainside location and asked her about Dee. Nettie admitted she knew Dee. Tor told Nettie to motorboat her or else she would die. Nettie hesitantly agreed and motorboated Tor while pleading for her life. Tor laughed at her pees and attacked her with her hatchet, Nettie went into the ICU due to the attack. 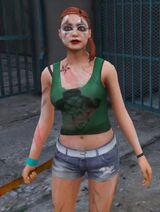 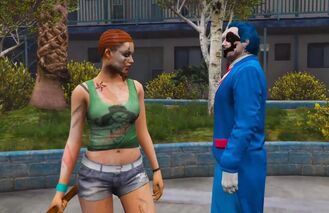 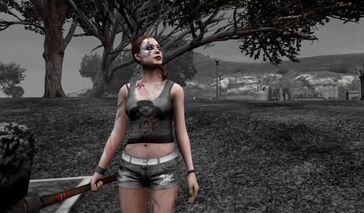 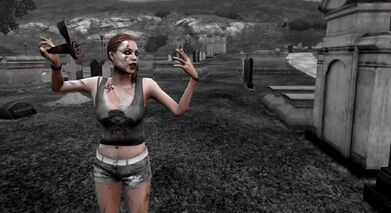 Whoop Whoop!
Add a photo to this gallery

Retrieved from "https://nopixel.fandom.com/wiki/Torrance_Mented?oldid=90222"
Community content is available under CC-BY-SA unless otherwise noted.