Tony Corleone is a character role-played by AnthonyZ.

Tony Corleone is a founding member of the Leanbois & Cleanbois. He is most well-known for being the Cleanbois' designated driver/pilot, renowned as the fanciest racer and best getaway driver in the city, he is also said to have the best map knowledge in the city, to the point where he can point out every single detail in the city, such as explosive tanks and new random things that are added to the city. He is also known for being horrible with his money.

Tony is from Liberty City, growing up he became very fond of spaghetti and meatballs. Not much is known about his childhood, except that his father was head of the Italian Mafia in Liberty City. At a specific point in his life, he decided to move to Los Santos which lead to him becoming a founding member of the Leanbois.

He has a good reputation in the city, and is one of the most respected people in the criminal world. He is on good terms with seemingly everyone. He is also known for having a good sense of humor and makes funny jokes at times.

Therefore, Tony can actually be one of the nicer criminals in the city (when he wants to be). It mostly depends on who the person is and how the person treats him. Tony has a pretty bad temper which probably makes him one the crazier members of the Cleanbois (although not as aggressive as Denzel Williams).

After the economic reset of Los Santos, he founded the Cleanbois with his former Leanboi member, Buddha and new faces such as Don and Clayvon.

He is widely considered to be one of the "best racers in Los Santos" (along with a few others such as Mary Mushkin, Goofy and Eddie Marshall). He is known to be really good at drifting, which possibly makes him the second best drifter in the city behind Eddie. Though he loves being fancy with drifts, Tony can also perform some clean racing lines, and dominates races when focused.

Alongside being a top racer, he is also the best getaway driver in the city alongside Flippy. Tony can rely on his prowess with most cars and incredible map knowledge to give cops a hard time during a chase.

Tony's racing ability has him noticed by the Puppet Master and his puppets such as Big M, who wants to recruit Tony against the Puppet Master. Tony used to be a racing enforcer of the Midnight Club alongside Lang, Eddie, Mary Mushkin, and other respected racers before the group was disbanded.

Tony is now enemy #1 of the Puppet Master, and all Puppets are after Tony to kill him.

Tony has worked alongside Lang Buddha, Nino Chavez and Don Pecorino to initially run Rooster's Rest. As time went on, he only worked at Rooster's when he was desperate for money, or to go visit his wife. Tony also worked at Burger Shot right when the city reset, as well as taught people to fly at AirX before Snow fired him.

Tony embarked on idea of "Corleone Prime Steaks" after Andi Jones opened up the Farmer's Market during her tenure as mayor. Originally focusing on it for a couple of days, and then losing interest, the business was revived after the Cleanbois got the Clean Manor. Now, he is in the talks of getting a designated Steakhouse in the casino. Denzel Williams has granted him land to allow civs and employees alike to raise and butcher cows 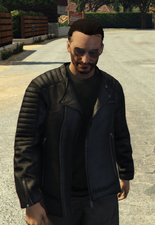 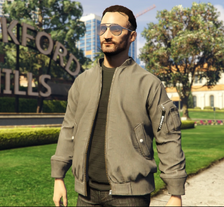 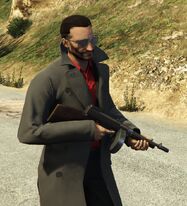 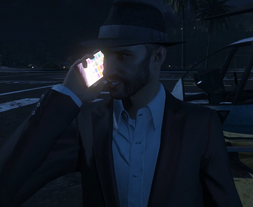 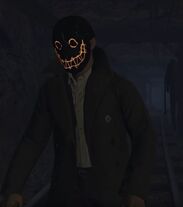 Tony in his BigZ outfit