View source
watch 02:05
Wiki Targeted (Games)
Do you like this video?
Play Sound

Tony "Uzi" Andrews is a character role-played by Five0AnthO.

Tony Andrews is a High Command Trooper for the San Andreas State Police, Badge #215. He, along with Trooper Kael Soze lead the police forces in the city of Los Santos.

Trooper Andrews has recently been conducting undercover operations in the southside. Tony wants to get to know the citizens who live in the worst parts of the city. His interest is in finding out more about the gangs. He often wears street clothes, or goes undercover, while patrolling the area. As the CID has dissolved, Andrews does his undercover work while wrapping up left-over/open CID cases, or while working on active cases for the Joint Task Force.

Andrews has a history with Ricky Robins, leader of The Rickys gang. Andrews conducted an intense interrogation of Ricky, which included tasering him multiple times, and shooting a police issued AR at the wall next to him. Ricky later sued Andrews over the incident but lost his case. As a part of the undercover work, Andrews decided to infiltrate The Rickys as TBG (Token Black Guy) Ricky. To gain the trust of the group, he attacked fellow officer Brittany Angel, who was aware of his undercover investigation. After a shootout with police, he told Angel to put the charges on him, instead of The Rickys. He wants to continue his investigation into the group.

Father to Steele and Pred

As Jordan Steele and Kyle Pred's superior officer, Andrews was initially frustrated with Jordan because he'd get numerous complaints from citizens. Andrews decided to force Steele and Pred to do bike patrol, instead, they went and empowered women at the hospital. Ultimately, Andrews decided that all Jordan and Pred needed was a father figure. Now he makes them call him "Daddy" as his surrogate sons and tries to make them better cops. He disciplines his "sons" with tough love that usually involves yelling, and brutal ass beatings. 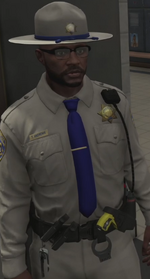 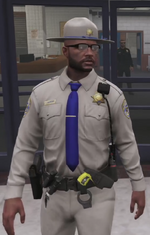 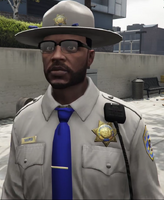 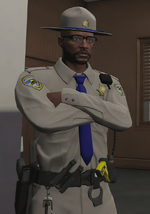 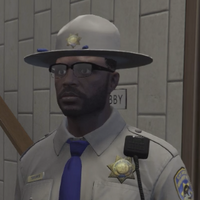