Tommy Cruizer is a character role-played by JustJamie.

Tommy, also known as Baby Oil in the city, is a bald headed man with a very deep voice. He was one of the first people in the city to get their car customized along with Charles Johnson. He likes to drive his car (Vapid Dominator GTX) around Los Santos at high rates of speed, welcoming intense police chases. He treasures his car highly and works none-stop to pay off the loans for it.

When winding down and relaxing he chills in the house he owns with Eddie Marshall, often tagging along with him in his drift car. Tommy also helps Eddie with the Tuner Shop and is an active COO/CEO of the establishment- spending the majority of his time helping out customers or Eddie himself. Tommy became really bored of his civilian life. To spice things up, he started hanging out with Patar Bellosh and the members of the Roadmen. Tommy returned to his criminal life by doing an S+ boost with Roadmen which ended up in a shootout with the cops. The same day he did a crazy Burgershot heist with the Mandem and the RoadMen where they held 10 people hostage, most of them were members of The Mandem and NBC. On May 10, 2022, Tommy became a Roadmen associate. 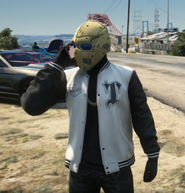 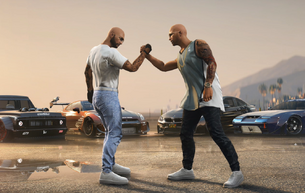