Being canceled on Twatter

Tomathy is a Burger Shot workaholic who dreams of being a Voice Actor. His talents can be heard in his Interview with Bobby Beats.

Fun, energetic person who knows how to have a good time. He also has a great worth ethic, knows how to put his nose to the grindstone and can be found holding down the fort at Burger Shot single handedly. Tomathy is very gullible and a victim of pranks, especially by Shelly who is a repeat offender of said pranks. 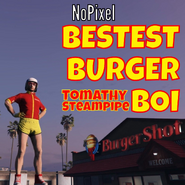 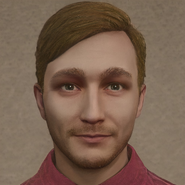