The Watchers are the information gatherers of the Dark Web, working along side the enforcers, The Brotherhood.

The Watchers are people who are connected with the Dark Web and store information and use it for their own nefarious purposes or will reveal it to the outside world either for personal ambition or money. They used to run into the likes of the Criminal Investigation Division (CID) and Detective Dante Wolf long ago. Now because times have changed and they are working as spies on The Dark Web.

With the disappearance of The Citizen, Wilson Robins and Jacob Harth leaving the city for a time, brooding and planning his next moves after the last ones had not come about, The Dark Web had little management. The Dark Web became partially inactive and new people suddenly had access like curious civilians. Jacob Harth has returned along side The Reverend, the new leader of The Watchers and The Brotherhood. The goal is the same, gather information on people of interest.

A building on the Del Perro Pier is believed to be the Headquarters of "The Watchers." The purpose of the Arcade is not entirely known and people with access to it's secrets only reveal them to those who can be trusted. 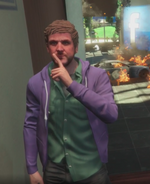 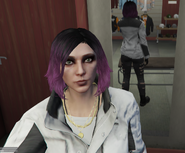 Add a photo to this gallery
Retrieved from "https://nopixel.fandom.com/wiki/The_Watchers?oldid=60405"
Community content is available under CC-BY-SA unless otherwise noted.