The Families/2.0 and Prior

< The Families
View source
watch 02:58
No Man's Sky Update - The Loop
Do you like this video?
Play Sound

The Families are a street gang based in the area of Forum Drive.

Formerly known as the Grove Street Families (GSF), now known as The Families, the gang is known for the color Green. Members are known for wearing green clothing, and often drive green vehicles.

The Families started with OG members Dexx Martin, Chef, Ghost Storm & Tyrese Tyrone. They all lived in the area of Forum Drive, The Families have expanded since.

The war began when Leanbois member Saab stole Dexx's car. Dexx traced it, and got his car back, despite Saab's attempt to chase him down. Mr. Chang found out, and tried to mediate the situation between Dexx and Saab. Saab brought Tony along, but things got heated between Tony and Dexx who accused Saab of stealing his car. Tony denied it and punched Dexx, and Dexx then shot Saab in the crossfire. In return, Saab & Tony shot him. Things seemed to settle down, but Dexx & Chef did not forget the incident.

Leanbois & Vagos started working closely together due to the friendship of Vagos leader Speedy & Leanbois OG Buddha. Together the two gangs began harassing and intimidating Vanilla Unicorn manager Gunn. She was friends with The Families and the club was frequented by The Families. The Leanbois and Vagos were convinced The Families ran the VU. Speedy wanted the club, and if he could not have it, he was willing to destroy it's business.

There was a shootout at the VU between The Families & the Leanbois with Speedy. The shootout resulted in the death of Families James Carter. After this event, the entire southside was at war.
During the gang leaders meeting with all of the south side gangs, Dexx Martin decided to try and resolve the issues with the Leanbois. He approached Buddha during the meeting and both agreed to peace.

A new war started when a new rival from the north led by OTT, known as the Misfits. The Families and Misfits battled daily for respect and trap houses. The war even featured a rap battle between Dexx and OTT. Ultimately, the war ended after the two gangs came to a mutual understanding.

Dexx was contacted by El Cartel from Vice City, they requested a shipment of half a ton of marijuana. Dexx orchestrated the huge shipment of drugs by plane. He received help from Leanbois members Buddha, Saab and Curtis, as well as fellow GSF members James McAfee and DJ. The operation was a success and Dexx earned half a million dollars, he plans to make more shipments soon.

Dexx found out that James McAfee sold a brick of cocaine to Sgt. Brittany Angel. He also learned that McAfee was dating Olivia Copper, and told Jordan Steele and Boba Stone about GSF's drug smuggling operations. Dexx was irate and pulled up on McAfee and shot him with an automatic pistol. He said "You got a big ass mouth mutha f*cka" before shooting him and then driving off. He then contacted all the major criminals in the city and informed them that McAfee was not to be trusted if he survived. He also said that GSF was now in a civil war and reconstruction. James McAfee later died from his injuries on February 15th, 2020. 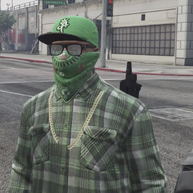 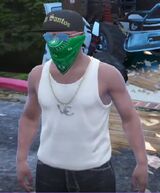 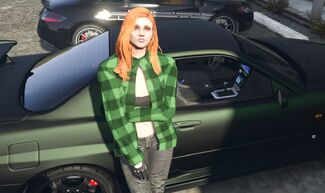 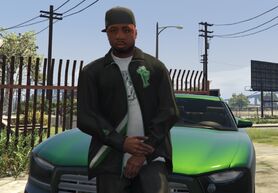 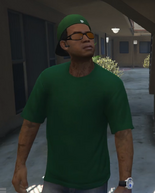 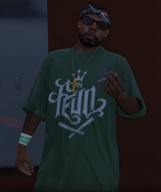