The Fallen MC was a motorcycle club consisting originally of members who split from the Bondi Boys Motorcycle Club (BBMC).

The President of The Fallen MC was Paddy Patrickson, with Vice President going to Maxy Mersion.

From there, the rankings are Lieutenant, Enforcer, Patched Member, and Prospect.

As of November 14th, 2019, The Fallen MC has disbanded. They've decided to stay friends just without a title above their heads.

After severe conflicts with their leader, Irwin Dundee, the majority of BBMC decided to leave to start their own MC. And thus, The Fallen MC was formed with Paddy Patrickson, Maxy Mersion, Stevo Strawberry, Cherry Divine, Ester Strong and Daphne Tillamuck.

In revenge for the former BBMC members leaving, Irwin Dundee made use of what connections he had and what money he had left, in an attempt to organize attacks on The Fallen MC. There was a hit list for The Fallen MC, which was given out to most of the gangs in the city, namely:

This hit list resulted in many Fallen MC members being shot. 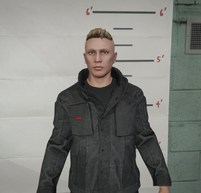 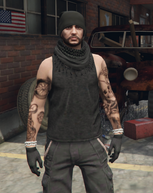 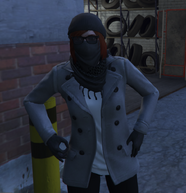 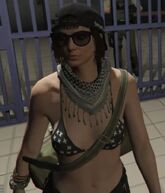 Jacklyn May
Prospect
Community content is available under CC-BY-SA unless otherwise noted.
Advertisement