Tessa Lamb is a character role-played by Nakkida.

Tessa Lamb is a Driving Instructor and owner of Right of Way Driving School. She is also a Corporal for the San Andreas State Park Rangers, Badge #270. She has a love for animals (which she calls "aminals"). Tessa has a violent alter ego called Mary Wolf that seeks justice when an animal is purposefully hurt or spoken of being harmed intentionally in front of her.

Tessa grew up in an unhealthy household. Her parents, Don and Tina, were alcoholics who constantly fought. If she didn't make herself scarce, they would turn their anger onto her. She only found solace in her pet dog, Maisy.

Her parents were irresponsible and didn't get Maisy fixed, so she ended up pregnant with five puppies. When she gave birth, Tessa's parents wouldn't let Maisy in the house. In a fit of anger and sadness that her one source of comfort was being hurt, she set the house on fire, ending with the death of her parents. This caused intense scarring on her hands. She has said that this was "the only way".

Her adoptive family is far more important to her however, with her dad LSPD chief of police Sam Baas, with all of his other 'adopted' kids, and her cousin officer Johnny Divine.

Tessa is a kind, yet easily manipulated individual, but to the best of her ability she will never break the law. She's gullible, naïve, and forgiving to a fault. Her favorite things include animals, caring for the environment, and being helpful to anyone in need. She struggles with euphemisms, and innuendos fly over her head most of the time. Tessa is, without a doubt, one of the nicest people in the city of Los Santos.

Tessa Lamb is a Corporal within the San Andreas State Park Rangers and also a driving instructor for the city of Los Santos. Her certified Right of Way Driving School provides a service to people looking to get their driver's license or reduce infraction points on their license by successfully passing the test, and allowing people to regain their suspended licenses. She has recently taken a step back and has attempted to hire more instructors as she does not have the time to put into the school like she used to due to being a ranger.

As of Oct. 27th, 2021 Tessa was promoted to the rank of Corporal. She also has several legislation changes proposed pertaining to the Fishing and Hunting laws in the city as well as protections for farm animals and pets.

Tessa's multiple personalities are currently in a more dormant state within Tessa. While not being gone, they are more repressed than before. Mary will still be seeking justice, just in more subtle ways when they join the PD. The Other will still be there to cushion the blows that Tessa might receive, but not as outwardly obvious as before.

Although at times it might seem like they drive each other crazy, Tessa and Bryce are very close friends. They can often be seen hanging out, hosting events, driving around the city, or even just sitting around talking about things going on in their lives. Tessa will typically try to give Bryce some relationship advice when he needs it, but he doesn't usually listen.

One of Tessa's best friends. They ran the Recycling Center together in the old city, but after Matt lost the ownership of the center, he took an extended leave of absence from the city. He came back into the city and was accepted onto the police force, and is one of the deputies that Tessa looks up to the most.

Pixie is one of Tessa's therapists and a friend. They have been friends longer than most people have been in the city and have a solid relationship. Tessa often likes to do 'nature therapy' with Pixie where they do yoga together out on Cassidy Trail.

Tessa's adoptive father. Baas adopted her after she was orphaned, and they moved to Los Santos together. He was a Commissioner in the LSPD, before retiring for a year, and leaving the city. Baas recently returned to the city, the police force, and into her life. He constantly feels bad for leaving her, and being a "deadbeat" dad, in his words. Whenever the two run into each other, Baas gives her large allowances, despite the fact that she is already very well off.

Hon is Tessa's 'son' via a convoluted set of circumstances of him being the son of Bobby Brown, who calls Tessa his 'baby momma'. Hon is a regular patrol partner for Tessa within the Rangers, and the pair can often be seen patrolling the county together most nights. 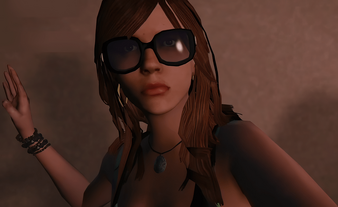 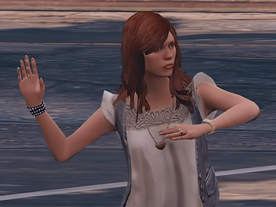 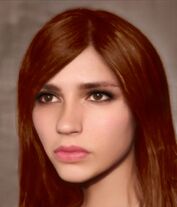 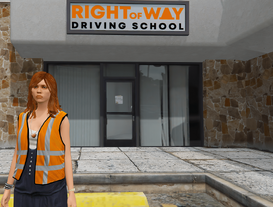 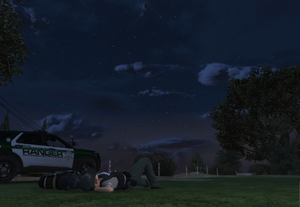 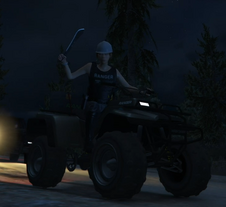 Ranger Lamb prepares for war against the box truck fishers 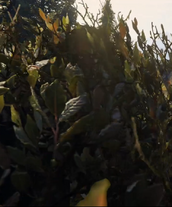 Tessa "The Ghost of Chiliad" Lamb 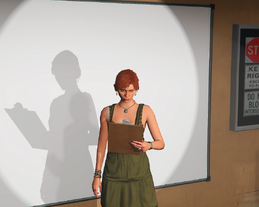 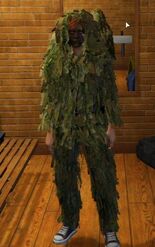 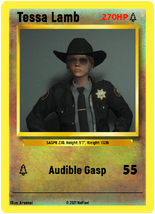 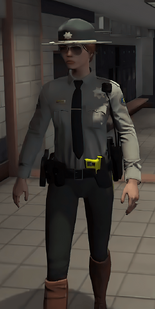 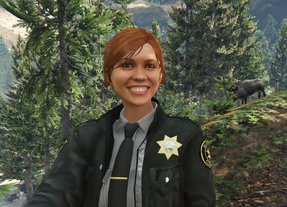 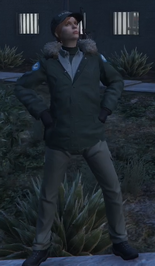 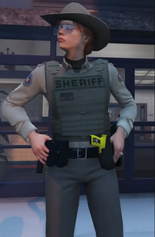 Tessa's decorating job inside her house

more of her decorations