Talon is a terrorist organization.

"We are everywhere, we are everyone, fear us for we lurk in the shadows. We are Talon."

Talon is an organization handed down from generation to generation through Lang Buddha's lineage. The current incarnation of Talon is headquartered in the underground area hidden behind a false wall built into the basement of Rooster's Rest. The founding members are Lang Buddha, Ellie Dono, and Denzel Williams.

The ideology of Talon has been ambiguous, possibly due to the unusual combination of the organization being illegal as well as ancient.

One of its stated goals, to "give power back to the people," expresses a nostalgia for an imagined democratic society that never existed. At the same time, a different stated goal, to "pacify the citizenry" is both anti-democratic (the belief in a de-politicized public) and utopian (the belief that such a public will be capable of holding power).

After being freed from maximum security prison, Yung Dab began to steer Talon toward being a psychopolitical organization focused on changing the current Los Santos regime into a separatist autocracy under the patriarchy of Denzel Williams. Dab plans to mobilize the gangster capitalist power structures already present in the city as well as the feelings of helplessness and political alienation of the civilian population in order to build the coalition that Talon will need to engage in irregular warfare against the loyalists of the current regime. 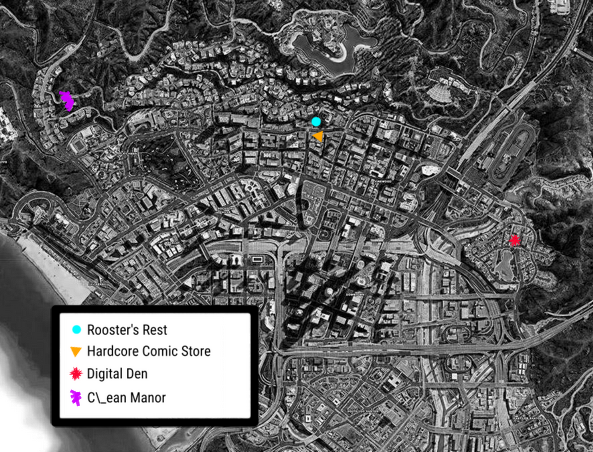