Sydney Bearmont is a Dispatch FTO for the Los Santos Police Department was a cadet for the Blaine County Sheriff's Office, Badge #582.

She grew up on the west coast of Canada. In her early twenties, Sydney went travelling through Europe, during which fell in love with an American woman, Teresa Steeler, and moved to New York to be with her. They were happy together in the early stages, but as things progressed, Sydney slowly began to realize the manipulative and abusive nature of their relationship. After a few years together, Sydney left Teresa and went into hiding in a place where she knew that she would never be looked for: Los Santos.

Her brother, Damien Woods, knows that Sydney has changed her name and moved to the city.

Sydney suffers from severe depression. After Chris died, she started seeing Johnathan Wright for therapy in order to help her move through the grieving process. Over the weeks, they became friends and ended their doctor/patient relationship in order to avoid any conflicts. Johnathan passed her case to William Thatch. William is likely the person who knows the most about Sydney in the city, and has helped her immensely in dealing with her depression in healthy ways.

Currently engaged to Mike Frost. After spending a lot of time together as friends, Frost asked Sydney out during a picnic date at the NW Raton Canyon Overlook near Chumash. Mike proposed to Sydney on July 31st 2020, which she accepted. He told her he had a surprise and insisted they get dressed up nicely, then drove them both to the Overlook point where he recreated their first date before asking her to marry him.

Formerly dating Casey Valentine. They met at MRPD on her first day of work when he asked for a hug after the announcement of Amara's death. Shortly after, they started flirting. Casey asked her to officially be his girlfriend while visiting her off duty one day at the MRPD front desk. They have since parted ways, mutually and on good terms.

Considers Johnathan Wright, Joey Keys, Kevin Keyte, Daniel Rogers, and Ekaterina Alekseyevna to be among her closest friends. Charlie Spresso was also among these until they had a falling out where Sydney admitted to Charlie that she couldn't give their friendship what it needed at the time, which Charlie did not take well. Thankfully, they have made amends and repaired their friendship.

Until his death, Chris McGrawl was her best friend in the city. She had considered becoming his paralegal for a time, but ultimately felt that she would be the most helpful and happiest at MRPD. She was very deeply affected by his death, and struggled for a long time to come to terms. One day in 'visiting Chris', she carved a small memorial into the landing on the tower of the dam that reads: 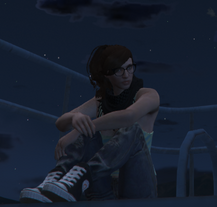 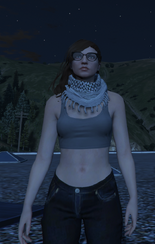 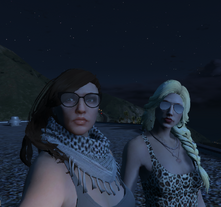 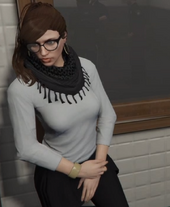 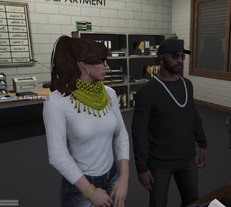 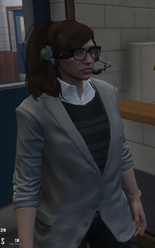 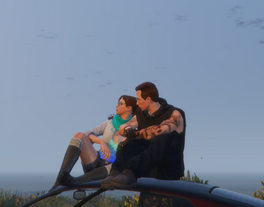 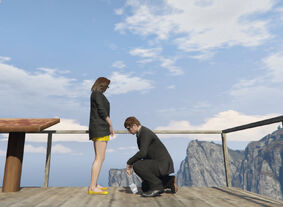 Retrieved from "https://nopixel.fandom.com/wiki/Sydney_Bearmont?oldid=58763"
Community content is available under CC-BY-SA unless otherwise noted.