Sybil Shepard is a character role-played by OurLadyOfRaptors.

Sybil Shepard is the former COO of Weazel News. She is also an absolute potato driver, know to fly out the front window more times than not. She is very easy to talk into things, which can get her involved in things she normally wouldn't.

Sybil Shepard moved to Los Santos to work with Mickey Rivers at the Los Santos branch of Weazel News. She worked her way up with Mickey till the two of them ran the branch. She personally headhunted and scouted for many of the employees that worked for them, specializing in importing unique talents or finding a place for people who couldn't do well in other branches of Weazel News.

At one point, Sybil was dating Summer Mersion. The two shared a house together and were in love as far as Sybil could tell. One day Summer just disappeared. Sybil lost the house and threw herself into her work. She became the thing she swore she wouldn't be: just like her parents, putting work before anything else.

Sybil disappeared from Los Santos for a bit. When she reappears, things won't be as they once were. 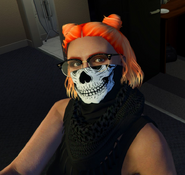 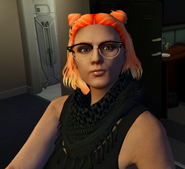