The Street Crimes Unit is the current investigative division for the Los Santos police force. The unit was established on August 8th, 2021.

The Street Crimes Unit aims to investigate and prosecute Los Santos's most dangerous criminals and gangs, as it strives for an average closure time of one week across all of its case files.

The detectives of this unit are expected to operate as detectives first, with patrol duties coming secondary. It aims to accomplish this through three tenets:

The unit is led by Jenny Hall EU, Jeffrey Bundy NA, and Daisy Dukakis AU. The Chiefs of Detectives answer to High High Command, who have the final say on many of the major decisions for the unit, such as recruitment.

The Shift Supervisors for the unit are Mackenzie Hayes EU, Sexton Hardcastle NA, and Vacant AU, who manage their individual shifts and coordinate regular progress reports for High Command.

Jackie Snow, Olivia Copper, Anita May, Aaron Byson, and Tracy Martell act as Advisors to the SCU, regularly assisting detectives with subpoena/warrant writing, and providing advice from their investigative experience. 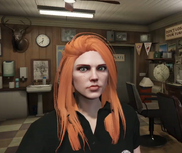 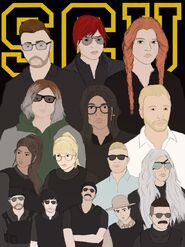 The Unit
Art by AntlionQueen

Flop with a Tazer
Art by Dustee

The First Meeting
Art by SamuiMoget