Garage Q across from the courthouse

"Steele of a deal parking, when you’re here, you’re family."

The lot is located at Garage Q across from the courthouse. The lot is a parking and impound lot for residents of the city. Jordan is a former tow truck driver and knows the value of good parking services.

Residents of the city do not like paying for parking or impound services. For this reason, the lot has a security guard on duty. Kayden often had to deal with angry customers and random citizens who disagree with the services and prices offered by the business.

Chief Justice Dennis LaBarre issued a state warning that any criminal activity will be met swiftly. Despite this announcement by the state, citizens continually harassed, ignore and attacked Kayden and those working at the lot. They continue working to establish the business.

December 17, 2019, Kayden towed Judge Buck Stanton's illegally parked vehicle at the hospital. Stanton was angry and agreed to pay Kayden $250 (half the regular price) to get his vehicle off the truck. Once the vehicle was taken off the truck the door came off and Stanton demanded payment for damages. Kayden refused, and Stanton then threatened to close the parking lot business. Moments later, Stanton issued a state announcement shutting down the lot. Kayden filed a civil case opposing the closing of the lot. Stanton claimed judicial immunity and wanted the case dismissed.

December 18, 2019, Kayden's civil case against Stanton was dismissed without trial. The reason given was that Judge Stanton closed the business due to crimes committed by staff at the lot.

December 19, 2019, Kayden spoke to Chief Justice LaBarre about the status of the lot. She wanted to know if the lot was in fact closed or if she could continue to operate the business. LaBarre ensured her that the lot will remain open and Judge Stanton was not in the city. He advised her to run the business the ways she deems necessary, and he will handle the rest. LaBarre also issued a state announcement about the lot.

February 2020, Jordan decided to relaunch the business after the untimely death of his wife Kayden. He hired more people including Raven as assistant manager. He also allows tow truck drivers to park for free.

As of late March 2020, Jordan began exploring the idea of expanding operations to Garage T because traffic to Garage Q had begun dying down late in the evenings. The decision to expand was driven by a need to keep funds flowing into the business as the lack of sales was beginning to cause high turnover among the employees who work on commission. On April 8th, LaBarre informed Jordan that he would like the buyout of Garage T to be addressed via a public forum at the courthouse as there is no City Council to oversee the expansion of the business.

In mid July Freesh and Louis approached a Judge in hopes of receiving funding for the impound. The Judge agreed and had a total of 100k wired to Louis for the purpose of keeping track of all expenses made using the funds by keeping books. The plan was to use a small amount towards paying tow truck drivers for the impound lot as well as for paychecks for employees. The rest of the money was used to create a website as well as buy a company car, Jordan's Revolter. 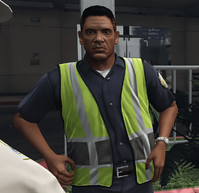 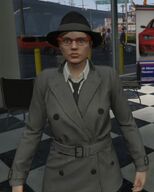 Freesh "One" Avacadoh
Head of PR 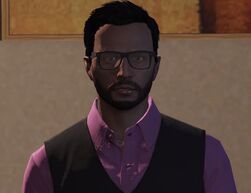 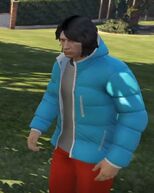 Jordan at the lot

Jordan collects fees at the lot

Kayden with gang security at lot

State Announcement about the lot

Jordan and Achmeena at the lot 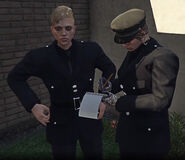