Bar Porter/Mechanic
Stanley Wilkinson is a character played by Pengwin.

He is known for his signature white outfit, white mask, and black top-hat and for constantly asking members of the HoA for money because he is consistently poor. When unmasked, Stanley has spiked hair and a short beard, he is rarely seen without his top hat and signature white mask.

Stanley is one of the longest-standing and one of the oldest tenured members of the HoA. He is the self-proclaimed HoA punching bag as he is targeted by many HoA members (mostly Siz Fulker) due to his silly/goofy demeanor and his ability to frustrate people. 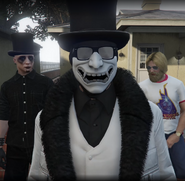 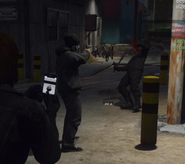 "Put some respect on the name." 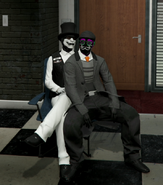 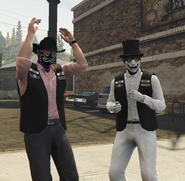