February 17th, 2020 (Existed in Another form before then)

*FOR THOSE LOOKING TO AVOID META, VIEW AT YOUR OWN RISK*

The Smileys are a seemingly innocent organization within Los Santos. But underneath lies a darker secret. A secret that only nightmares are made of.

Origins of the Smile

The Smileys were once a gang in Carcer City, within Darkwoods Penitentiary for the criminally insane. They were one of many gangs within the prison bred for the purposes of creating death, quite literally, for the director of the Prison, Lionel Starkweather, a snuff film producer.

Death Row inmates would be tasked to kill members of the Smileys and other gangs in order to not only earn their freedom but to give 'The Director' footage of all the murder and mayhem that they would cause on their pathway to freedom.

But most of them died. Until the day that 'James Earl Cash' not only killed his way through Darkwoods but managed to CHAINSAW 'The Director' before making his escape, and while blowing a hole in the prison, allowing the inmates of Darkwoods to carve an entirely new path.

After their escape, the leader of the Smileys, Kenneth Jesperson AKA Mr. Smiley entered Los Santos with an entirely new goal and an entirely new method of creating future Smileys. Gone were the days of easily manipulated insanity, as Mr. Smiley had to reconfigure his whole philosophy in order to recruit people into his newly growing "family". Anybody can be a Smiley. But are you prepared to take a step further?

The Smiley face pins, hand crafted by Mr. Smiley himself, are a catalyst to becoming an 'always-happy-every-day-citizen'. When you are given the pin, you are a Smiley forever and always. Although your life may not change much, the pin is a metaphor for protection in the eyes of the Smileys. The pin may also just be the starting point for those who wish to take their participation within the group to the next level.

In order to Associate or become a Full Member of the smileys, you must also sing the song of the Smileys. The song is called 'Smile', originally an instrumental piece in the Charlie Chaplin film 'Modern Times' but later given lyrics by Nat King Cole, and re-popularized by Jimmy Durante (The version that Mr. Smiley bases his initiation off of).

Though, sometimes the song is not sung, which begs the question the validity of some members, though only associating with the Smileys on a base level isn't nearly as important as those who want to take it a step further.

The Look of the 'New' Smileys, with the exception of Mr. Smiley himself, and any original Smileys from Carcer City, black and yellow, similar to Mr. Smiley's own face ma- I mean, FACE. But slightly more refined.

Although occasionally, in order to remain COMPLETELY anonymous, sometimes they will employ a more mysterious look to dissuade those who may think that the Smileys are responsible for something.

Although, the current goal seems mostly ambiguous, the Smileys wish to bring into their fold specific individuals of a specific repute. Anyone who joins can be shepherded into the darker impulses, however the Smileys TRULY want 'Visionaries' who wish to paint the city in blood and tears. No Robbing. No stealing. Only artistry in the guise of murder.

Those who DO NOT smile and who attack the PROTECTED citizen members of the Smileys will be destroyed. All the frowns in Los Santos will be turned upside down, through love... or pain. Make your choice.

But even through the fear and sorrow, just remember to smile. Always Smile. :)

After his release from Maximum Security prison under mysterious circumstances, Smiley was already hard at work plotting and planning his next scheme.

Carcer World is a movement. Before, the killers who joined The Smileys were mostly independent but would come together under one roof to do 'jobs' as well as assist clients, but with the 'Carcer World project' the intent is to TAKE POWER over the serial killer element within the city of Los Santos.

But this is not subjected to simply serial killers. But assassins, mercenaries, and other 'underbelly' figures who do work outside the traditions of typical criminality.

Named after his home city of Carcer, Kenneth believes that bringing a slice of home to Los Santos would do it some good, as the nature of Carcer City is just that... a hellhole where blood, death, and anarchy run rampant.

In order to spread the message of Carcer World, Kenneth would order his Smileys to drop a calling card, make victims tweet out #CarcerWorld, or carve into victims to spread awareness and the message of the movement. Although Kenneth would prefer targeted attacks against 'serials' or other significant individuals within the city, but in order to make an omelet, you gotta crack a few eggs. :)

An expansion of Kenneth's work at the end of 2.0, he implemented brainwashing techniques that would essentially enable him to 'create' new Smileys who would listen to his every command. The Process would involve months long 'education' in order to implement. Removing essential elements from a person's life before slowly reintroducing it invoking a certain level of "Stockholm" as well as implementing physical and mental tactics of an indescribable nature.

Topping it off with a dash of hypnotic suggestion. So far, the only one to receive the treatment has been Brett Maxwell at the hands of Rick Locke.

Later, Kieran Felix White, Harleen Quinzel, and May Flowers would be added to the family through the tactic.

Rick Locke himself would later be placed into the 'Project' and reconfigured into Kai Locke, as perpetrated by his child May Flowers (Fauna Locke). 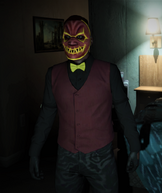 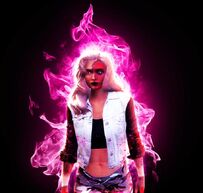 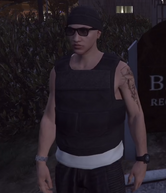 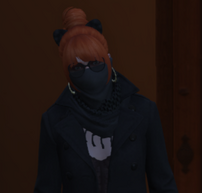