Formerly in a relationship with Khloe Brooks

Chief of Medicine
Serge Cross is a character role-played by LtSerge.

Chief of Medicine at Pillbox Medical and Parsons Rehabilitation Center. Self-destructive, but cares deeply about his hospital staff.

Recently broke up with Khloe Brooks, and also was previously in a relationship with Jenny Hall. As of October, Jenny and Cross both claim to be sleeping together but single.

Dr. Cross spoke with long time friend Jordan Steele about enforcing parking laws at the hospital. Steele agreed that his Steele Security firm would patrol the hospital properties. Later that day, Jordan tried stealing a car from Pillbox, Cross saw the crime from his office window. He called Jordan and told him that was his car but allowed him to take the car to flee from police. Jordan later hit his wife Kayden with the car and beat her to death before dropping her body in the ocean. Cross conducted the autopsy on Kayden. He determined that she died due to motor vehicle related blunt force trauma. He indicated Jordan as the murderer and gave all the information he gathered to Officer Brian Knight. 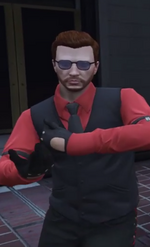 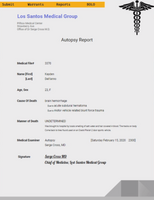 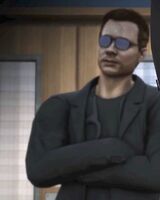 Serge in “A Peek Into NoPixel” trailer
Add a photo to this gallery
Retrieved from "https://nopixel.fandom.com/wiki/Serge_Cross?oldid=41888"
Community content is available under CC-BY-SA unless otherwise noted.