Scarlett Winters is a character role-played by Spekel.

Scarlett Winters was an Officer for the Los Santos Police Department, Badge #489.

While being a natural blonde, she has quite a temper, which keeps her hair a burning red. She's as stone-cold as anyone in the LSPD can be, but deep down she's a softy who likes wearing plain white tees and jogging pants.

Shortly after leaving CID, Scarlett left the LSPD and Los Santos to transfer over to another precinct. She rejoined the LSPD after a brief stint as a lawyer.

Winters may have a gambling problem, due to the fact that she is frequently rolling dice, and losing. It is rumored that Kael Soze was able to buy his R34 Skyline purely from his winnings against Winters.

Winters resigned from the LSPD on February 9th, 2022. 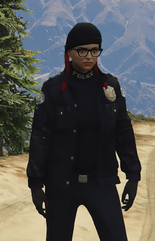 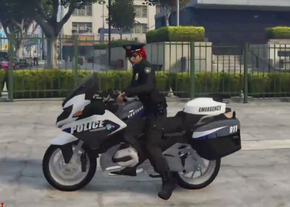 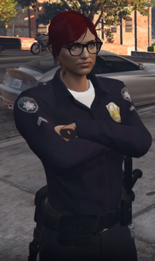 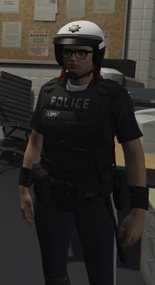 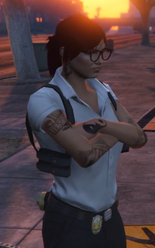