Sam Baas is a character role-played by Ssaab.

Sam Baas is the Chief of Police for the Los Santos Police Department, Badge #423.

He was previously a Senior Deputy for the Blaine County Sheriff's Office, Badge #360 and prior to this was a Senior Officer for the Los Santos Police Department, Badge #450.

Baas is a 29-year-old Caucasian male; he is bald and sports a fashionable mustache. He is one of the longest standing cops on the force. He has served under several tiers of ranking on the roster, ranging from Cadet all the way to Commissioner.

Baas shows a high level of competence with regards to his police work, evidenced in his ability to lead entire situations and garner respect from his fellow officers, regardless of what his current rank is. His wits and years on the force has given him the ability to mold cadets into capable members of the PD.

In spite of his kind nature, Baas has displayed jealous tendencies when it comes to his ex-husband, Dante Wolf. Overprotective of his loved ones, he will go through great lengths to assure their safety and care- this includes anyone in his family. Despite his calculated nature, he is often times too trusting of those around him that would do him harm. 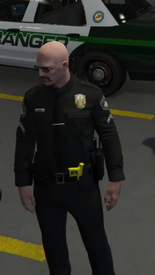 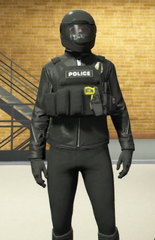 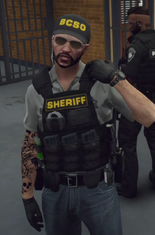 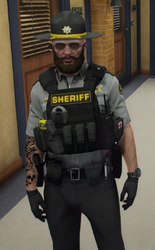 Samir Baasem with a Longer Beard 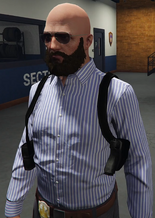 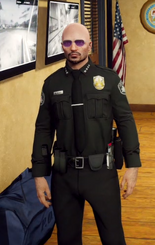