Sal Rosenberg is a character role-played by Sal_Rosenberg.

Sal Rosenberg - an ex member of the Prune Gang - is a cult member of the Epsilon Program and currently works at Burger Shot, Digital Den, PDM, Diamond Resort and Casino and occasionally does tow runs with his friend Chodie (although, this number of jobs is subject to change).

After joining the Epsilon Program, he became reformed and lost much of his memory of his life as a criminal. When asked by Mr. K on if he still burns stuff, Sal answered back, "What is that?". He also apparently forgot about the existence of the Prune Gang as a whole, since when he was with Melbert once at Pillbox, he noticed Mel's Prune Gang tattoo and questioned what it was and meant.

Not much is known about Sal and his history with the Epsilon Program. All that is known now is that the EP (mostly) turned his life around for the better.

Despite Sal becoming reformed, he still allows himself to lock-pick nice cars off the street and participate in illegal races. His alias is "Smokey" and he disguises himself in an all black outfit with a bear mask.

On January 10, 2020 Sal encountered a tow truck driver named Dale and assaulted him a knife and later a shotgun. He eventually murdered Dale with a firearm and was arrested for murder. Sal was found guilty of one count of each of the following: capital murder, criminal possession of a class 2 firearm, and joyriding. Sal was sentenced to 15 years in prison by Judge Holden. His sentence included 5 years already served and he is eligible for parole in 2 years. 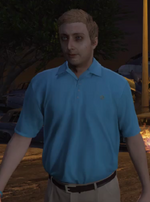 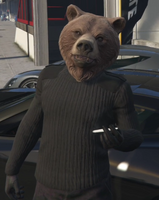