"Glory to the cock!" ― Unofficial motto.

The Rooster's Rest is a local establishment privately-owned by Lang Buddha and members of the Cleanbois. While the business mostly operates as a chalet-style restaurant (serving mainly chicken-based products and ramen bowls), The Rooster's Rest also operates as a bar and grill, music venue, nightclub, hostel, the base of operations for Rooster Cab Co., a secretive host for D&D campaigns, and as a casino, strip club and brothel on the down-low. The Rooster's Rest initially supported the mayoral run of Humberto Antonio Donato Pecorino, however, after he dropped out they later struck a deal with candidate Thomas Dwayne in exchange for potential amnesty, particularly in regards to the Rooster's illicit gambling operations.

The establishment itself is a rather large property located on West Eclipse Boulevard just before the hills. The Rooster's Rest consists of a large dining atrium, a stage, a kitchen, a sizable bar, several bedrooms, a staff room, and multiple secret rooms and corralling tunnels that exist beneath the property which are only accessible to Mr. Buddha and select employees.

Lang Buddha inherited the inn from his grandmother, having been in the family for several generations, and also hired Petunia Brookshire at her dying request. On Feburary 5th, 2021, the site served as the formation of the Cleanbois and was heralded as "The Rooster's Rest", with the gang dedicating themselves to the success of the business. Later Lang made Humberto 'Don' Pecorino the co-owner of the establishment.

The Rooster's Rest serves as the primary competitor to the fast-food giant Burger Shot, which prior to the Rest's opening held a seeming monopoly on food in Los Santos. The earliest hostility between the two businesses occurred over several instances of 'fredophobia' (discrimination against Italians) between Don Pecorino and numerous Burger Shot employees, eventually leading to his expulsion and banning from the property. Since then, numerous workers at the Rooster's Rest have been involved in a large-scale smear campaign known as #BurgerGate against the fast-food chain. The scandal claims that Burger Shot uses human meat in their burgers, correlating with the number of deaths and shootings that occur on the property on a daily basis. This rumor spread rapidly and was apparently under investigation by both the Los Santos Police Department and Weazel News, the former of which already had strong ties with Burger Shot.

In addition, the Cleanbois made several attempts to recruit former and disgruntled Burger Shot employees to work at the Rooster's Rest, including Bogg Dann, Lenny Large, and Eugene Zuckerberg, with mixed results. When Tony Corleone was fired from Burger Shot due to his bad work ethic, the rumor spread that he was fired due to the restaurant's anti-Italian sentiments, leading to his rehiring at the fast-food establishment, though, by that point he had already began working at The Rooster's Rest.

Days before the Rooster's Rest's grand opening, the restaurant was visited by Burger Shot owner Kevin Whipaloo and his associate Kiki Chanel. Kevin had attempted to meet with the Cleanbois in good faith, but his attitude had grown sour due to perceived disrespect from Buddha, including crashing into his car and threatening to 'put (him) out of business'. Kiki also convinced him that the restaurant had reeked of several Italian spells and curses much to Humberto's dismay. When accused of the makeup of the burgers, Whipaloo retorted that approximately '70%' of the meat wasn't beef, but that he wasn't legally obligated to state what the burgers were in fact made of.

Kevin later hired the cleric Gloryon and several of his fellow LARPing guild to further investigate the Italian spells and spy on the Rooster's Rest, more specifically, Pecorino. However, unbeknownst to Kevin, Gloryon had previous history with Don and thought highly of him (having been involved in the murder of Mick Camland). Humberto quickly learned of Whipaloo's plan, and trying to get the roleplaying nerds off his back, recruited them on a "side quest" to find evidence of human corpses being used in the Burger Shot meat, or to plant evidence to suggest as such. Humberto was then christened 'Stormlord'. Gloryon and his followers took the side quest seriously, eventually finding out that there may be more truth to the #BurgerGate conspiracy than the rumors started by Pecorino. The roleplayers, having proved their usefulness to Don, even started working at the Rooster's Rest as security. When questioned on the status of the investigation, Gloryon exclaimed they had incriminating evidence and that it was in the 'post-production stage'.

The so-called "evidence" later surfaced online in the form of a shaky gonzo-style video dated 2/12/21, which, supposedly, shows leaked footage of Whipaloo and other unidentified Burger Shot employees discussing the human meat in their burgers. After the leaking of the video, Whipaloo denounced the video and claimed that none of the assumed employees in the video even worked at Burger Shot.

On the opening night of the Rooster's Rest, Humberto led the role-players to the public sidewalk outside the Burger Shot parking lot, where they approached customers to further propagate the #BurgerGate conspiracy, catching the attention of a local Weazel News crew. However, eventually the crowd was approached by Burger Shot employee Lenny Large, who dispersed the crowd. Humberto and the employees later returned to the Rooster's Rest for the restaurant's grand opening, which seemed to be going well until the aforementioned news crew informed Al Saab that they had received a phone call from Large, stating that 'shit was about to go down' at the location and to 'start recording'. Lacking any substantive event security outside of the roleplayers and fearing a potential attack on the property, Buddha called in the remaining available Cleanbois and posted to Twitter that the restaurant would be offering free meals to law enforcement officers, leading to the arrival of multiple police officers and park rangers, no substantive attack occurred.

Employee of the Week 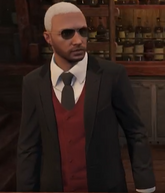 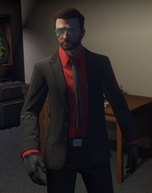 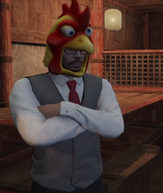 The Nerds of Rooster's Rest 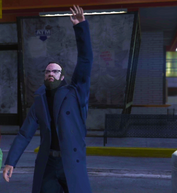 Leyla Nightingale
of Embervale, 1st Arcane Trickster of Her Name 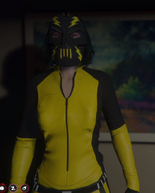 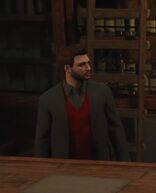 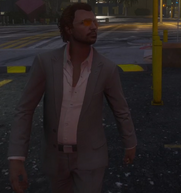 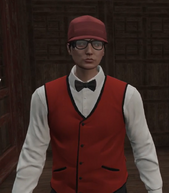 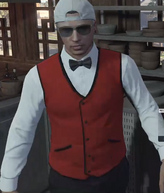 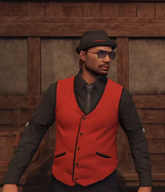 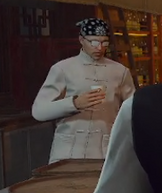 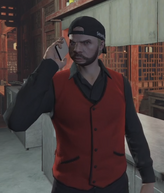 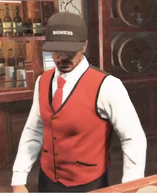 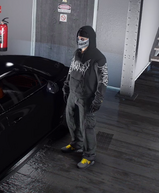 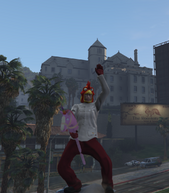 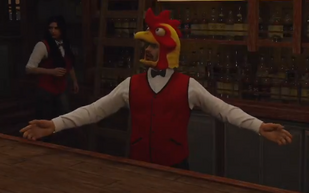 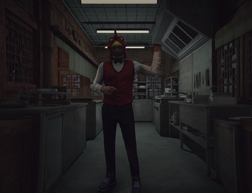 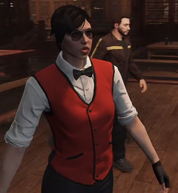 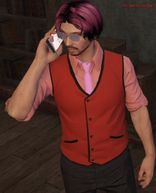 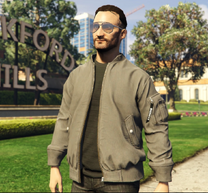 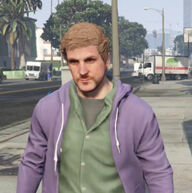 The Cleanbois form in the walls of the Rooster's Rest.

Humberto's first meeting with Petunia, where he was critical of the Rooster's employee outfit.

The Cleanbois within the walls of the Rooster's Rest.