Rooster's Ranch is a cannabis farm situated in the heart of the Chiliad Mountain State Wilderness in San Andreas. It is a subsidiary of Nest Holdings, which is owned by Lang Buddha. It sells its weed at Rooster's Reef dispensary.

Before owning the property, Lang Buddha and Erin Cox were hunting for good place to grow weed, after days of search, they came across the Altruist Camp and tried to grow weed there and liked the area, Harry Brown was being the security. Buddha wanted to buy it and proposed a legal weed farm business to the Mayor, Andi Jones, with Attorney Lawrence Splainer and he came up with a way to own it for free using squatter rights and made a detailed document proposal about their business and operations.

During this process, Buddha was illegally growing weed there, which got stolen by Lenny Large, X and Charles Johnson.

After few days of discussions with other departments, the Mayor, Andi Jones and Judge Buck Stanton approved the business and ownership of the property.

'Dewey' Hawthorne was made the CEO, since they wanted a person with clean record, Erin Cox as Ranch Manager and Harry Brown as Head of Security. After Dewey had more responsibility at the Rest than the Ranch, Harry took full control of the Ranch and ran operations of the ranch and the dispensary.

Dewey and Harry ran interviews for the dispensary over a week long period, the interviews were held at the Altruist Camp. Ads were put on the yellow pages and twatter. A lot of hopeful candidates showed up each, answering the same questions that would typically be asked during a Rooster's rest interview. The available positions were for cultivation and transportation at the time. Most interviewees were hired only after two weeks.

On April 24, 2021, Leslie Lingberg and Dean Watson invested $150K each for 12.5% of ownership of the farm. This investment talk started with Buddha jokingly wanting to buy a expensive Bentley then was persuaded by Lingberg, the owner of Premium Deluxe Motorsport, later Lingberg and Watson ended up investing in the farm, which helped Buddha getting the car.

Rooster's Reef was signed over to Eve for legal purposes. Cerberus is still the silent owner but have let Eve have full control of it and 100% of the profits.

"Pixel Pie" was the first strain grown in the ranch, the joints made were sold at Rooster's Reef dispensary, which was located inside Rooster's Rest establishment.

After few weeks of sales at Rooster's Rest, many new strains were made, the dispensary was moved to Andi Jones Farmers Market for day sales and to Dean World's farmers market for night sales, as it was part of the deal made by Andi Jones and Lang Buddha. 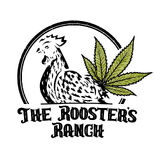 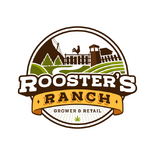 Barry Svensson at Rooster's Ranch and checking it's ad on Twatter