Claims 25 but much older

The Church of Six Sides

High Roller of the Church of Six Sides

Roland Nelson is a character role-played by theLGX.

Roland is an enigmatic character best known for his precarious lifestyle of letting a pair of dice decide every decision he makes. It has gotten him into trouble a number of times, but he stands by his motto "live by the dice, die by the dice."

Owns a taxi business, named Lucky Taxi where he rolls his die to decide whether to pick up passengers or not and where to drop them off. During the taxi ride he usually talks with the passengers about how he got into the Dice Life and persuade people into the Dice Life.

He is usually seen wearing a high class jacket with a yellow/brown checkered pattern, aviators, a grey shirt, slim black trousers and oversized shoes, which he claims are very expensive.

Roland Nelson was born and raised in Los Santos, San Andreas. Not much is known about his early life but sometime in the past couple of years he got into gambling and loved the feeling of excitement and adrenaline, so much so that he decided “why lose that feeling when you leave the casino when you can feel that way all the time”. That’s when he decided to live his life like a gamble, rolling a pair of die for every decision he makes.

There are people in the city that take advantage of the dice rolls, like asking Roland for his money or asking the same question again to get answer they want. Such people are known as "Dice Abusers". To protect the integrity of the dice rolls against Dice Abusers, Roland has certain rules in place:

Major changes not to do with specific rules:

As time moves on and he goes more insane the rules of the dice get looser each and every day.

Events decided by the dice include (but are not limited to):

Clyde aka Meowfurryon and Roland are best friends. They are GAMBA buddies. They gamble together and win huge amounts of money at the casino blacjack tables. The two have helped each other pay off their debts through gambling. (Roland is yet to find out that his best friend has passed away).

Dawn is one of Roland's closest friends. Whenever Dawn is around Roland, he's able to convince her to take up the dice life. Both were engaged for a while as they rolled dice and got 1 for the questions about marriage. After being back and forth about marrying each other due to dice rolls, they ended up going to couples therapy with Regina Bunny where they rolled the dice a final time about the marriage and got a 2. They are still close friends and whenever Roland is down bad she is ready to help him whenever possible.

Kat met Roland when he was doing a car raffle scheme. Kat ended up buying 4 tickets which earned her a date with Roland. During the date due to dice rolls the relationship became official. Kat cared for Roland and gave him money to feed his gambling addiction whenever she could. But due to the nature of the dice rolls their relationship was unstable. On June 9th 2021 Roland recieved a weird text message from Kat and later in that day found out that Kat had passed away. Roland was distraught after hearing the news and has been down horrendous since.

Roland has run into the Swede a number of times by now, starting with being the taxi driver for his friends collecting him from prison after serving a sentence. He once again met Sven the next day, where another dice roll decided to ruin Svens day by almost getting him arrested by the police. This has since led to a rising rivalry between the two, with Sven stealing his dice and only giving them back after getting blackmailed by Roland, as well as Sven almost beating him up on several occasions.

Stole Roland's main pair of dice after Roland came to him for help. This left Roland unable to make decisions until the dice were retrieved. Bogg has since given the dice back to Roland. Despite this they have become friends and can been seen being wicked with their BIMX bikes

Bianca and Roland are good friends. They are partners in crime. Since both of them are down bad most of the time they sometimes work(mostly crime stuff) together to make money.

There is currently an interesting dynamic between Swan and Roland. She and Roland were riding around discussing Roland's love of the fate of the dice when he suggested she start trying it out. During each interaction they have, she rolls dice to determine some things. Although, not on every decision like Roland would. Although it's in Swan's nature to flirt, there seems to be a different level between the two. Will this evolve into a relationship? Stay tuned! #Swoland

After running from the Los Santos Police Department while handcuffed for about one hour, Roland reaches many people from help yet they all reach he conclusion that selling Roland out would net them some money. Putting greed over morals, everyone decides to try and exchange Roland for a reward. Everyone but "Downbad" Mickey. After running into him Mickey does everything in his power to help Roland.

"I must do it, we must stick together, the downbad, the downtrodden. Currently you're not downbad Dice Guy, you're down horrendous. All I ask of you is that if you see someone who is currently downbad, you help them too" - "Downbad" Mickey

After Roland is out of cuffs and his dice retrieved, he promises Mickey that whatever he needs, no matter what it is Mickey asks of him, Roland will repay his debt. 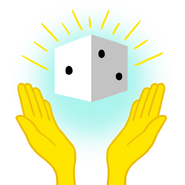 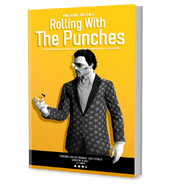 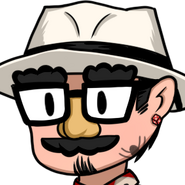 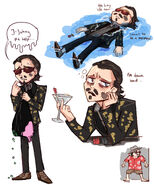 Roland and Swan by xymphonee

Roland, Dawn, Johnny, Khan and Steven by @spigot_the_bear on twitter 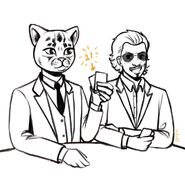 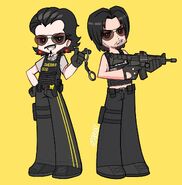 Cop Roland and Corpo Johnny by @SPIGOT_THE_BEAR on twitter 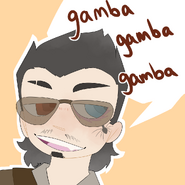 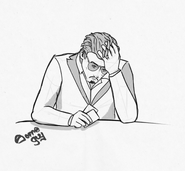