Rocko Columbo is a character role-played by Dogbert.

Rocko Columbo is the Undersheriff for the Senora Desert Sheriff's Office, Badge #999.

He was previously a Sergeant for the Los Santos Police Department.

Rocko is also famed and acclaimed by the police department for his HR meetings with fellow officers. He proves his "dad-ness" by giving his employee's relationship advice, and how to appropriately act on the job, all while showing off his tennis skills.

Born on December 2nd, 1975, he is tall in height, has an athletic build and rugged looks, with slick back naturally dark brown hair that is currently dyed white, and a neatly kept beard. His body is completely covered in tattoos, though his uniform usually keeps them hidden.[1]

Columbo is a soft-spoken and reserved individual, as he prefers to keep to himself due to his line of work. On the surface, Columbo displays a rather friendly yet apathetic attitude when interacting with others he doesn't know. Although among his co-workers and close friends he shows a lighthearted, caring, and playful side.

Hailing from Northside Queens, New York, Rocko Columbo is the oldest among his siblings of 3 brothers and 5 sisters. Later in life, he moved to Los Santos after having been inducted into a gang known for stealing babies and young children.

Before Columbo became a Detective, he started off his time in Los Santos as a social worker. Coming into the realization of the hardships and struggles in the city, he noticed a lot of citizens had been victims of crimes; from being held hostage to being a casualty. Columbo enjoyed being a social worker, however, he felt that he could do more to help people within the city. After much contemplation and seeing a therapist, he decided to become a cop.

During his years in the force, he ended up taking a six-month break due to high levels of stress. He took up a private security job during his time off, but soon returned to the BCSO, working hard on climbing the ranks, and becoming an official Detective. 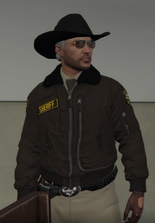 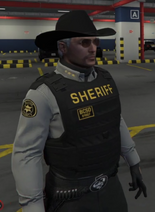 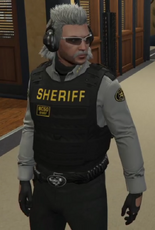 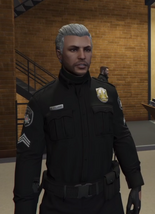 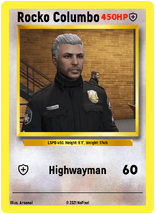