Others may not be listed...

Dark Brown
Riley Johnson is a character role-played by Jayce.

Riley Johnson is the cousin of Chris "CP" Porter, and is a member of the Beatdown Crew and an OG Member of the East Side Ballas, where he is known as "Tyclone".

He started off as a young punk hustling to get by, then became a well-known rapper. After his success in the music industry, Riley embraced a more over the top style. He changed his hair style and changed his hair color to orange, and began wearing more attention grabbing outfits.

Riley is signed to Wu Chang Records and has released a string of hit tracks. One track, "Whatever You Need" featuring Karen Dahmer, Austin Creed, Randy Bullet and Chris Porter "CP", hit 200k plays on his SoundCloud in 2 weeks.

After ups and downs with the label, Riley appears to be committed to Wu Chang Records, but beef with other labels as well his anger problems have made him a target of many people, such as Outto-Tune Tyrone. [Rivalry Clip: OTT]

After meeting up with Tyrone Biggums and hearing of his fallout with the Grove Street Ballas, Riley decided to become the first official member of Tyrone's new Ballas gang, the Fudge Lane Ballas.

As a result of his multiple personality disorder, he became a "clone" of Tyrone Biggums, known on the streets as "Tyclone". Very few people in the city know Riley and "Tyclone" are the same person. 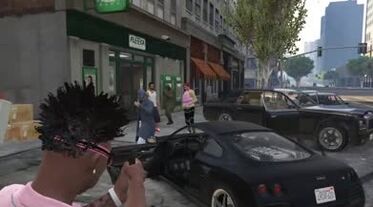 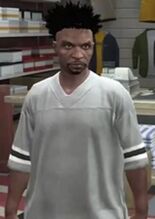 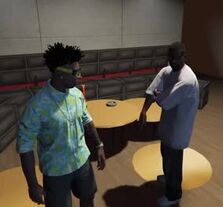