Reece MacMillan is a character role-played by Agidon.

The best Reliant Robin driver and the most bullied citizen of Los Santos. Often, passersby will purposefully nudge him while he's driving his Reliant Robin to cause it to roll over. Despite the constant abuse, Reece continues to drive the Robin because he finds it entertaining.

Reece being the natural born crackhead that he is, has a trolly, silly and easy going demeanor, e.g. as witnessed by the car he is driving. Only if someone tries to trigger a response out of him, he will give an appropriate action back.

Other than self protection, he is definitely a law abiding civilian for the most part.

Reece was originally going to to join the EMS but due to compilations was found in a house in Vinewood with a microwave in his hands, almost being sent to Parsons Upon his first arresting due to speaking in a Scottish accent.

Reece has a habit of making fake licenses and documents this stemmed from forging papers for a vin scratch reliant robin.

#Raccoon4Reece is a hashtag used on twatter and around the city in support of Reece getting a pet raccoon. 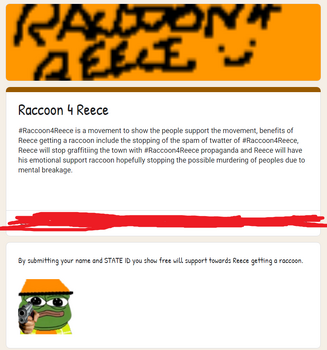 After being run over by a tow truck while on his scooter he was hired as a "PizzaBoy" he would try do pizza delivery's on his scooter often not making any money due to repair costs, fuel money and the cheap price of the food, the only delivery Reece managed to actually complete was one to the middle of Vagos territory. Reece complained to his manager he didn't wanna go there as he was previously held at gunpoint there before :(

Reece's Tows Reece may sometimes run a yellow page ad for a towing, roadside repair and ocean rescue service to people who maybe be stuck / broke down for $500 but this business is mostly dead due to the amount of tow trucks flying around the city now giving tow trucks a bad rep.

Reece used to sell beeswax for $100 per to all the garages in town, in the beginning he'd often steal large box trucks to haul all his beehives and wax around town and to his beekeeping spot later on upgrading to the "Not Meth mobile" the goofy RV was perfect as it had a large storage space and fitted Reece's stupid personality, unfortunately the bee business has died out for now as it hardly made a profit and sometimes loosing money. The bee business was first started thanks to Posy giving Reece a queen bee.

Reece sometimes signs on to Abdul's taxis and gives people rides in his reliant robin, often ending in disaster or flipping but overall the customers have a good time :) Reece doesn't do this job often as he feels bad for the other employees and wants them to get the money and customers instead.

After Victor became the CEO of LingCorp mining he hired his crackhead friend Reece to help him mine the mines unfortunately it was usually only Reece in the mines, it could take like 3-4hours IRL time to mine the entire thing solo this often caused Reece to become agitated and paranoid of the "Wire Monster" after being in the darkness for so long, The mines have been closed for a little while now but may reopen thanks to the Power OF KACHING PRAISE BE KACHING AND ALL HAIL FATHER LINGBERG AND HIS WISDOM!

Reece works as a courier for SN a Clothing brand in Los Santos.

Reece was hired at BurgerShot after a manager was held at gunpoint, Reece was then later fired but rehired and is currently working there as a Janitor. 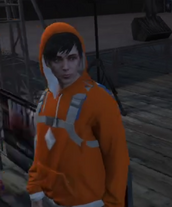 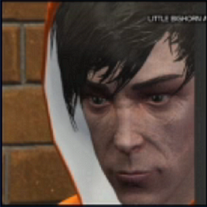 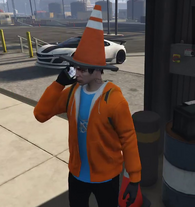 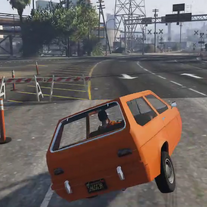 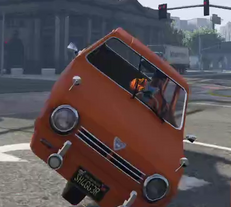 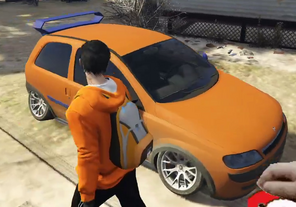 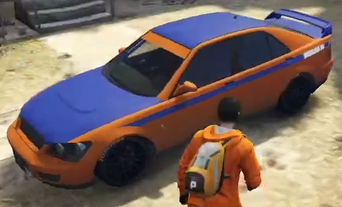 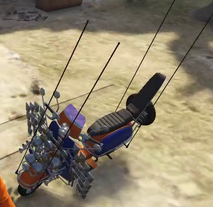 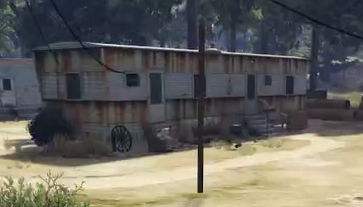