Raymond Romanov was born in Russia on Valentines day in 1994. He has grey hair and usually wears anything black with a helmet or a mask. Raymond is very intelligent. He completed a degree in the medical field while balancing and finishing off flight school to get his pilot license. He is known for his great flying and was the "best pilot in his nation". He uses Rayven-1 as his call sign for radio communications with air traffic personnel. Raymond has a younger cousin, Raycardo Flick, who was born in the USA.

Raymond decided to has a few jobs and is one of the founders and co-owners of Betta Life Pharmaceuticals. Raymond's charms and his friendly nature works very well to disguise his criminal life. He is a very valuable member of Cleanbois and Pegasus Concierge. His reputation in the criminal world has grown quickly, effectively creating a very reliable network to reach for information, resources and jobs that aid with his criminal endeavours. His constant motivation to progress in criminal activity has earned him the affectionate title of "The Grinder" of Cleanbois.

Ray is known in the city for a couple of things. He used to have an awful fashion sense until his ex-girlfriend Kitty Dream helped him refine his closet. He is also known for hitting on every woman that he comes in contact with after breaking up with his girlfriend. However, Ray has adjusted to the city very well, and has become an incredibly feared criminal who is willing to do anything to succeed.

Betta Life Pharmaceuticals
Raymond is one of the founders and sole owner of Betta Life Pharmaceuticals. As of March 10th, 2022 Kitty Dream is now the legal owner of the company, though if she were to step down all power and shares would return to Ray. Ray along with Ramee El-Rahman, who is another founder of the company, now pose as only ivestors to the comapny. It is the first and only pharmaceutical company and pharmacy in Los Santos. The business is approved and took off on May 1, 2021. The company suffered after former co-owners, Noah Drake and Timothy Snapple Jr. left the city. As of August 25, 2021, the main building, located on South Mo Milton Drive and Eclipse Boulevard, West Vinewood, was approved and the company is undergoing a a reconstruction phase lead by Kitty Dream and Raymond. 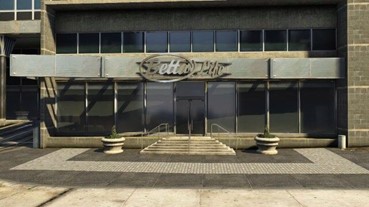 Front of the Betta Life building in production

Pegasus Concierge
Raymond is hired into Pegasus Concierge "unofficially" by Nino Chavez after proving himself in multiple occasions. He is mainly involved in laundering money for Nino and Pegasus.

Rooster's Rest
During Raymond's first few days he was hired by Humberto Antonio Donato Pecorino, aka Donnie, to the Rooster's Rest and has made many friends there. About 2 week since his arrival, his loyalty was rewarded by a promotion and was given keys to Rooster's by Lang Buddha. He gave up his job at the Rooster's after his big breakthrough in the criminal world with the Cleanbois. However, Raymond is one of the VIPs at the Rooster's because of his affiliation with Lang.

Rooster's Ranch
Raymond's 'clean' criminal record, at the time, and his reputation were the main reasons for Lang Buddha to hire him into the business as security. His job was to assist in ensuring safety during production and transportation of weed. He was removed from the roster due to inactivity in the business.

Bahama Mamas West
Raymond was hired as a manager of Bahama Mamas West. He passed the interview phase led by Carmella Corset (COO), Lana Valentine (COO), Thomas Dwayne (Majority-owner) and Lars Haverford, aka Bjorn, with flying colours. He was fired due to inactivity.

With Raymond's uprising in the criminal world, he was subsequently invited to more jobs with a crew, mostly include Lang Buddha, Tony Corleone, Nino Chavez and Humberto Antonio Donato Pecorino at that time. As Raymond's connections to information and resources continue to grow, there is without a doubt that his value to the crew continues to grow too. Following their successful vault heist on May 27, 2021, Raymond was recruited into the Cleanbois, together with Yuno Sykk. The current crew now is made of individuals with different complementary skills, which includes Raymond (The Grinder), Lang (The Planner), Tony (The Driver), Yuno (The Hacker/Cheat Code) and Mickey (The Planner). This highly successful crew can be considered as one of the best heist crews to ever exist. As of writing, the crew has successfully pull off the Lower Vault heist. Their heisting journey are no where near the end as they plan to venture further into the heist progression and eventually reach the Diamond Casino and Resort.

Apart from all their achievements, the members are all very fond of each other and has a very familial dynamic. Everyone sees each other as "FEMLY" and their relationship is based on absolute trust, with a deep understanding of one another. They often share light-hearted banter and tender chatter, the group displays a synergy that other crews struggle to find. This bond of theirs is demonstrated over and over again when Raymond would put his life on the line whenever he can to save any member of the crew. They even spend time with each other doing things outside their line of work, including the "'Cleanbois 'FEMLY Friday Games Nights" and their recent trips to "Las Venturas" (or Las Vegas).

Momentous Dates With The Cleanbois

Team RayCers is a team of individuals put together by Raymond for the National Paintball Association (NPA). The team's first major tournament was on August 7, 2021 but Raymond failed to make it and the team did not do very well as the team was completed with some last-minute substitutes. They were defeated by Team The Guild in the first round of the NPA third tournament.

On the NPA fourth tournament (August 20, 2021), Raymond arrived late unintentionally. However, he had asked for help from Nancy Drew, the NPA CEO, prior the tournament event to re-adjust their team schedule so he can catch up with the rest of his team members. With Nancy's help, Team RayCers had been scheduled into the last queue of the tournament versus the previous tournament winner, Team 10-13A led by Sam Baas.

The latest list of members in the Team RayCers as in August 20, 2021 consists of:
Main:

Within the first 16 days