Ramee El-Rahman is a character role-played by Ramee.

Ramee, Full-time beta, part-time "Warlord", the one with the scarf, and the fingers of Chang Gang. He is the founder of the art gallery Vultur Lé Culturé. However he suffers from severe "SBS", and is well known for being a terrible driver.

Warlord
Add a photo to this gallery

Full-time beta, part-time "Warlord", the one with the scarf, and the fingers of Chang Gang. Ramee suffers from severe "SBS." He is currently the Chang Gang's hardware man and provides his hacker skills to the table. However, he is well known for being a terrible driver and easily loses his cool and composure during tense situations.

This is the first time he ever got raided, Cops raided his movie theater, that at the time he owned with all the dirty money and illegal paraphernalia inside of it.

Ramee is known as the "Patient Zero" and responsible for the outbreak of Small Brain Syndrome or SBS, it is advised to avoid all possible contact.

Upon coming to Los Santos Ramee was the acting CEO of a multi-million dollar company, Lifeinvader, but was fired after he was found to be doing illicit activities out of the LifeInvader office. He was later rehired.

Uchiha Jones and the 7th Realm

Ramee believes that he is from the 7th Realm, but Uchiha Jones says otherwise. At one point, Ramee was possessed by a being of the 7th realm for calling Uchiha "F-R-E-A-K". Ramee blamed Uchiha for him getting caught with class 2 weapons, after being arrested by the Police. Ramee has since ascended himself.

Looking for the "The Wizard" call Ramee El-Rahman, your one stop shop for anything you need.

Ramee over a long period of time has been able to acquire 1 of 1 and rare items within the city. He has been so obsessed with obtaining them, it has even resulted to popping open glove-boxes and trunks of cars which he refers to as "Vulturing". He also obtains the collectibles by trading other people in the city that also have them.

As Ramee started to get a nice beefy collection he decided to take his collectibles and do a 'Vulture Con" (located at the winery under the permission of Joe Caine) where he and other collectors could trade and show off their collections.

Ramee's collection than began to grow and grow at an uncontrollable rate. He ultimately decided that he would need a bigger room to showcase his treasures. This began months of prepping and talking with many world renowned architects about his vision. After gaining permission and coming to an agreement from the city, Ramee and his architect began to plan and construct the gallery in early 2020.

Ramee and Claire Seducer aren't in a real relationship, but they like to troll their gang members by acting like they are flirting. Vinny often teases both of them about how alike they are. They once got dared to go on a date with each other (did a jewelry store with the Angels.) Ramee prepared to ask Claire on another date for subway sandwiches. Ramee tried to marry Claire, but the wedding went bad when another Claire Seducer showed up. Claire stabbed her imposter and dropped them in the water, Vinny went after the fake Claire Seducer. Ramee then texted Claire and asked if she wanted to go on a date, which she replied, yes for subway sandwiches. It's unknown if they are actually husband and wife, but Ramee has joked about it. At this currently moment they both decided to not see eachother.

On October 6th, 2019, Ramee found out that Ellie Dono was having twins, and they are his. But in the end it was just a scam.

Ramee has claimed to be in a relationship with Garrett Jobless, which Garrett never denied.

Ramee and Maurice's relationship started when Maurice and Squid Gee kidnapped Ramee. They exploded him in a meth lab. Due to this Ramee didn't trust Maurice and was looked rather traumatized. But their relationship became something more when Ramee was put on a job to distract Maurice so that Chang Gang could kill him. Chang being the troll he is allowed the "Date" to continue far longer then needed too. This resulted in Maurice robbing Ramee and escaping. They eventually caught him and ever since Ramee has showed a very caring affection to Maurice.

Ramee is secretly in love with the Assistant Chief of Police, Olivia Copper, and the two will text back and forth. However, Ramee has been hesitant to have an official date with her. This is likely due to him being very active in crime, and her being a police officer. She has stated many times that she is looking for a "beta man", believing Ramee to be a perfect example of one.

The attraction she feels towards him has not stopped her from threatening to bring him and the Chang Gang down. During a conversation the two of them had, she acknowledged him being a "warlord", and likened herself as one as well. When she has him in custody, Ramee will often try to sweet-talk her, in an attempt to get a lower jail time. He is one of the few people that call her by her first name, Olivia. She has also mimicked Ramee's voice, and used his catchphrases on multiple occasions. As of late, he has admitted that she is his "girl". He and Copper aren't dating anymore she his Ex. According to what Copper has said, "Ramee fakes his orgasms".

While Ramee states he is gay while around women, he is actually (formally) in relationship (which didn't really go anywhere) with Olivia Harvey. The relationship started after he proposed to her on a special episode of "The Bachelor". While he said that the producers rigged the votes, the truth is that "Patient 0" had truly met his match, and he was too embarrassed to let people know.

Ramee has had a going relationship with Randy, he has openly admitted his love for him. This was around the same time as his relationship with Vincent Ricci although Ramee himself says they weren’t in a relationship. The two went behind Vince's back without him knowing. Vince found out about the relationship from Chang and Vinny and became jealous and wanted him to end it. Both Randy and Ramee, after going back and forth decided it was best to end it.

Ramee, along with Mr. Chang, went to the Vanilla Unicorn Strip Club for an event for Rose Edwards; an event held so that she could "find love with a bank robber.” Ramee hesitated to go, because he knew somehow he would get involved in it. He was correct, because as when they arrived, Chang made Ramee go up and volunteer. Ramee was only willing to do it for $20K, and Chang agreed.

In the end, Ramee was the only one that volunteered, so he ended up winning; and Rose and Ramee were in a "relationship". As the event came to a close, Matthew Payne found out about Ramee and Rose, but didn't approve because of Ramee, and his "SBS". Payne threatened to fire Rose, so Ramee and Rose told Payne they broke up. However, instead of breaking up, they agreed to go into a secret relationship, so Rose could keep her job.

Ramee contacted Riley wanting to find out about her and Brian's relationship status seeing if he had a shot with her. She is still dating Brian although she said that she wouldn't put anything off the table.

Vincent Ricci aka "Vince" has stated that he is Ramee's lover, but Ramee denies all of it. The relationship wasn't going in the best direction which let him to look towards Randy, but after Vince found out about it he demanded it to be ended to which it did. In the end Vince left the city and Ramee stopped the relationship.

Ramee's enemy Victor. He's getting in the way.

On Febuary 8, 2020 Ramee's little brother Remee came to town to cause trouble along with Reema. Nicknamed the Landlord, his first goal was to make his big brother Ramee proud, shoot people and rob banks.

On March 7, 2020, Ramee's twin brother, Rafas came to Los Santos looking to reunite with his family.

Another one of Ramee's brothers, Garee came to visit him on April 2, 2020. 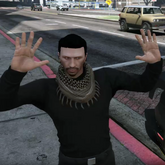 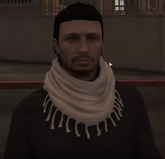 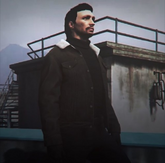 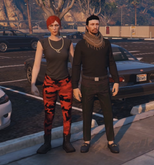 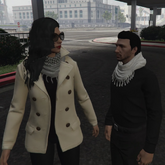 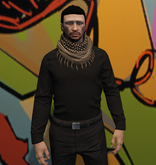 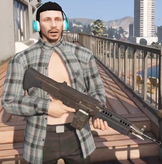 Ramee and the Vultures 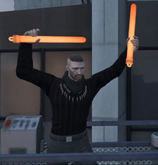 Ramee as a woman "Rama"

Clamee
Add a photo to this gallery

Retrieved from "https://nopixel.fandom.com/wiki/Ramee_El-Rahman?oldid=125818"
Community content is available under CC-BY-SA unless otherwise noted.