R.U.S.T stands for "Raymond's Unfortunate Scuff Team" (see aliases for other interpretations). R.U.S.T is a gang that participates in heists and other jobs to generate a flow of money for the group. They hold the Rogers Scrapyard as their territory, which they legally own. They are also a skilled E-Sports team with plans to make money through Arcade competitions.

The R.U.S.T. Crew is a street level criminal group in Los Santos. They specialize in robbery heists from banks to yachts. The heist crew started thanks to degen Raymond Romanov from the Cleanbois who finds himself around in the late night hours often when other Cleanbois members are asleep. Raymond had been hanging around and befriending different criminals in the city.

From robbing banks to cop shooting and other elusive criminal activities, Raymond eventually shortened his circle of criminal friends to his core group who was officially named R.U.S.T. Crew on the first week of January 2022. R.U.S.T. is unofficially a subsidiary of the Cleanbois but at the call of Raymond, they are willing to do anything to help. R.U.S.T. members in term of skills are quite balanced as a team, they have overall good hackers, shooters, drivers, and supports. On May 29th 2022, R.U.S.T. is officially recognized as a gang and received their gang flag, the flag is placed inside the Rogers building where the "Jetpack Jesus" shrine was.

Other facets of the group deal in other illegal activity as well, Chemist is well engrossed in the meth game and supplies the team with pillows of meth for runs and use on jobs. He also deals to the south side gangs so their relationship with them is good as well. La Flare Davis also being deeply connected in the arms dealing industry has gathered many contacts as well as respect when it comes to the underground market. From firearms, thermite, to weapon accessories, Flare can acquire just about anything attainable in the city as he has become one of the most well connected dealers in Los Santos.

R.U.S.T. claims the whole Scrapyard as their main territory as Raymond legally owns the land and its properties. Their territorial claims however might stretch to the north of scrapyard around the gas station towards GSF territory and south of scrapyard trying to claim few buildings towards LSIA which is currently contested by the Angels.

The scrapyard serves as the main center for their meeting and planning. R.U.S.T. members can also be regularly seen at the Clean Manor due to their close affiliation with the Cleanbois as Raymond is a part of the crew and also at La Fuente Blanca due to their alliance with the Vagos. R.U.S.T. is currently using color black-red to represent themselves which according to Raymond is a homage to one of the old crews (Leanbois) in the city. 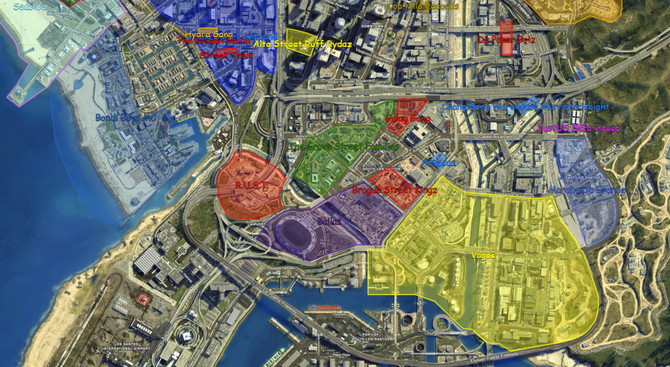 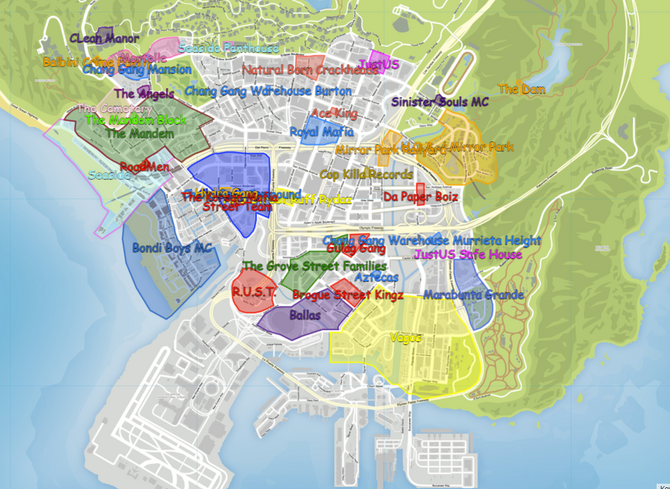 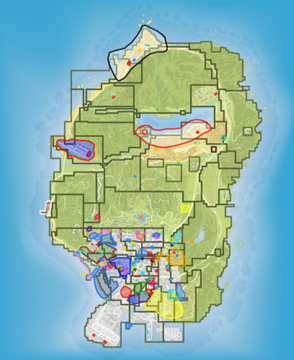 made by u/skyrossm] / Interactive map 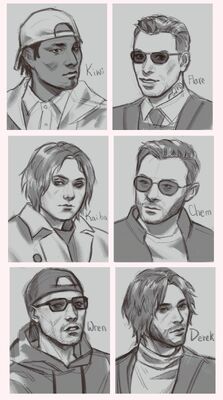 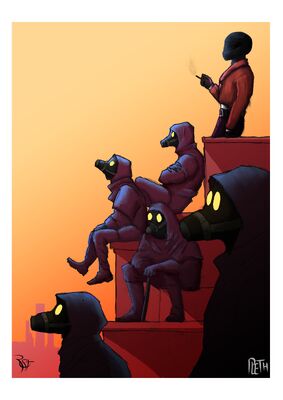 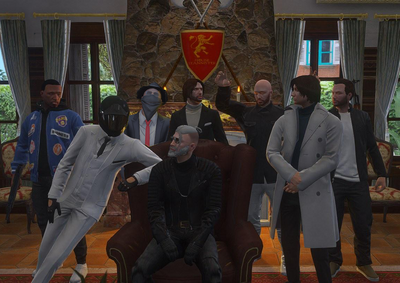 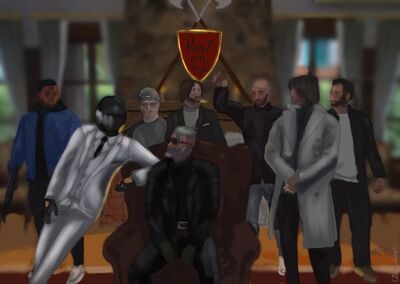 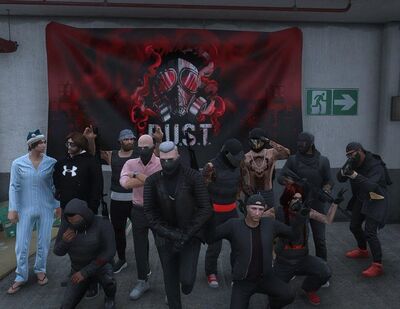