Paris Argo is a character role-played by nyasuuY2K.

Paris Argo is a white female with platinum blonde hair, smoky eye makeup and a glossy lip. In the past she has quoted her main style influences being hookers and streetwear. Paris cares a lot about her appearance and she always tries to push boundaries and "influence the other girls". Paris does give off the perception that she is just a dumb blonde but she has said she'd rather people think that and underestimate her.

Paris likes to claim that she's grown as a person, but she still has some of her original qualities. She's still quite dumb, academically at least. Her friends will try to teach her things, but she doesn't seem to care about that type of knowledge.

She is, sort of, a social butterfly - but sometimes her judgmental side can stop her from being so, and she is very picky with who she has as friends, and especially picky with who she deems as "close" to her. This leads to Paris choosing to have few people she's fully honest with. She likes to "predict" things about things in the city, whether it be people or businesses, to which her intuitions prove right quite often.

Despite her academic struggles, Paris is somewhat proficient on the business sides of things, she enjoys coming up with ideas for businesses she works for, preferring to do that instead of running a business of her own to avoid responsibilities that come with that.

When things get intense and Paris focuses herself and is calm, she can be quite quick-witted and does whatever she thinks is best for herself and people with her.

Paris returned to the city after returning home to New York, after The Saboteurs committed, essentially, a terrorist attack. She felt it was time to come back with her now clear mindset, and get back to her goals and ambitions. 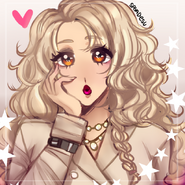 Paris in Black Desert Online (by @nodachiro on Twitter) 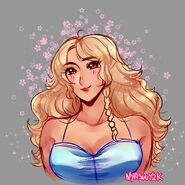 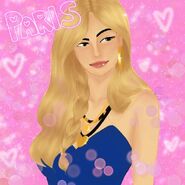 Paris & Heath At The Beginning Of 3.0

Argo Family Trip To The Beach (Heath, Paris, and Seoul

Paris Back In The Early Days at Burgershot

The OG Saboteurs having lunch at Burgershot!

Paris next to the Hayes Autos Billboard (Ft. Lifesize Paris)