Olivia Garcia was a character role-played by Loorara.

Olivia "Cherry" Garcia (born September 7th 1994) was a 27 year old woman, who was originally born in some part of the UK but was forced to move to Los Santos by her mother when she was just 10 years old, after her father died from "mysterious circumstances" whilst working for London Metropolitan Police. Although Olivia had vague memories of her father, as well as her childhood in the UK, she specifically remembered seeing her father being shot in the eye in front of her during a sting operation gone wrong. Olivia rarely visited her therapist and used humour and pyrotechnics as a coping mechanism for her childhood trauma.

After spending most of her youth and teenage years rebelling and being angry at the world for stealing her childhood from her, Liv decided to turn her life around after her mother suffered a heart attack and spent four months recovering in the ICU - barely surviving, her mother abandoned Olivia for causes unknown and she suddenly found herself alone in the city.

Fortunately for Liv, life at the time gave her a grace card and she was accepted into the University of San Andreas, where she studied computer science, eventually gaining her bachelor's degree in Business computing. Although Olivia didn't seem like the brightest crayon in the box, she used this to her advantage, and sometimes disadvantage too. After completing her degree, she moved back to Los Santos to start again but has found herself getting into more shenanigans than she originally planned for.

It didn't take long being in the city for Olivia to come into contact with BBMC founders Irwin Dundee and Barry Benson. With her love of chaos and natural talent in some crimes, she quickly became a Hangaround and began spending much of her time in the city doing various jobs for the club.

On July 26, 2021, after months of working as a BBMC Hangaround, Olivia and her friend (and fellow Hangaround) Stevie McQueen were invited by Barry and BBMC Prospect Wolfe McCreedy to join them for a bank job. But as Barry and Wolfe took them out of the city and up into the mountains, Olivia and Stevie realized something was up. Upon arriving deep in the mountains, they were joined by BBMC Patched Member Collin McKinley and a mysterious Chicken Wizard.

Barry then informed Olivia and Stevie that the bank job was a ruse before taking Stevie and the other BBMC members away for a private conversation, leaving Olivia at the car by herself. When they were done, they travelled up the mountain until finding a cougar. Barry then informed Olivia that the cougar was an enemy of the BBMC and instructed her to kill it using only a knife in order to save the club from destruction.

Without hesitation, Olivia went to fight the murder-kitty, but found it was more interested in running after Collin first. The cougar immediately downed Collin, allowing Olivia to get a few blows in before being clawed nearly to death by the murder-kitty.

As Olivia lay bleeding, Barry and the other BBMC members informed her that the cougar fight was also a ruse. Barry revealed that through her devoted work in service to the BBMC, she had proven herself worthy of being a Prospect in the club. After getting taken to the hospital and treated, Olivia got her cuts, signifying her new status in the BBMC.

Since becoming a Prospect, Olivia has become much more defensive of their territory in Vespucci Beach. This has brought her into conflict with LSPD officer and BBMC enemy Crocodile Steve on numerous occasions. Steve's petty attitude and constant mocking the club has led Olivia to threaten and/or shoot the Australian police officer on multiple occasions. She never skips an opportunity to shoot him on sight anymore and often volunteers for retaliation against him.

After time feeling disconnected from the club, Olivia called a club meeting in order to tell the patched members that she wanted to leave. She felt isolated, and that the club would be better off without her. Dundee wanted to value her happiness the most. Olivia was allowed to walk free without consequences. 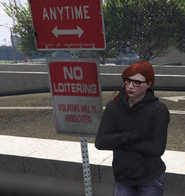 Defying the "no loitering" signs

Staking out MRPD with Stevie

BBMC prospects and hangarounds hold down the Billabong

Liv officially making Jordan part of the Bondi Bunnies
LivJordanatCindyPezwedding.png
Liv and Jordan dressed up for Pez and Cindy's wedding 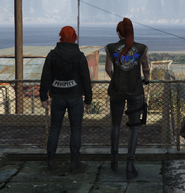 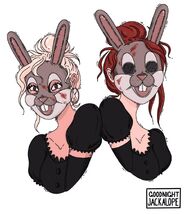 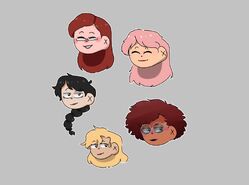 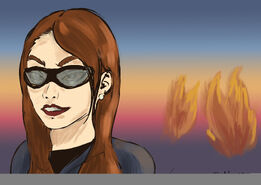 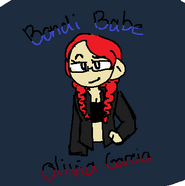 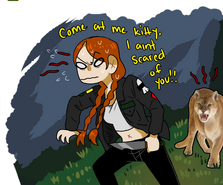 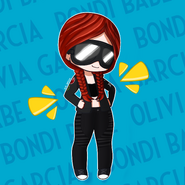 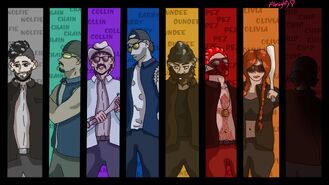 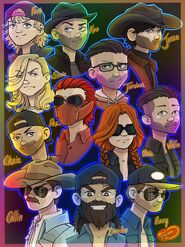 "Bondi Boys and Babes of Vespucci group portraits" by @artlyendeavors 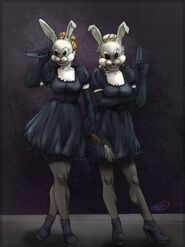 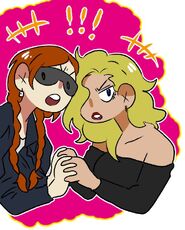 She's my best friend by @DevilishArcher 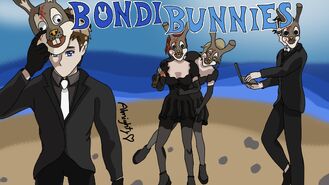 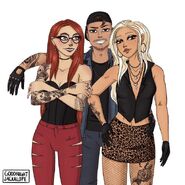 Liv, Chain and Stevie by Goodnightjackalope 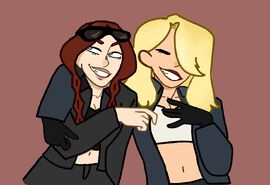 BBMC Queens (glasses up) by @kaitashia 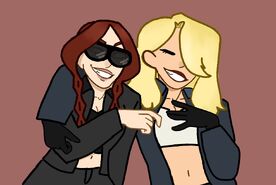 BBMC Queens (glasses down) by @kaitashia 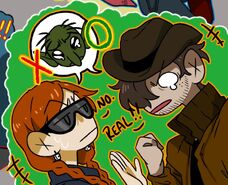 Olivia and Jesse argue about goblins (by @DevilishArcher) 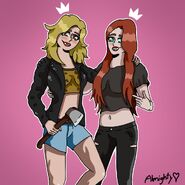 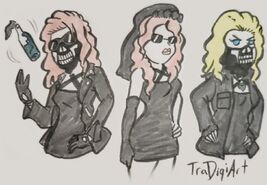 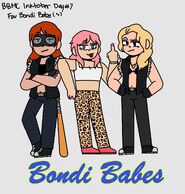 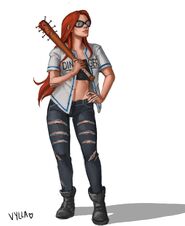 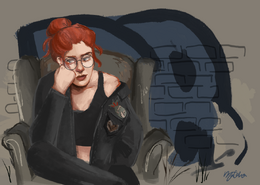