Olga Sazkaljovich is a character roleplayed by Hirona.

Olga is the daughter of Sergei Sazkaljovich, and older sister of Vasily Sazkaljovich. Regarded as the smartest of the family and the better sibling, Olga found college and schoolwork incredibly boring, as she already knew everything they could possibly teach her.

This was the main reason why she left Russia and reunited with her brother in Los Santos. Even after not seeing each other for months, Olga and her brother would still argue over each other's opinions and ideas. She quickly adapted to the ways of Los Santos and joined her brother in the criminal lifestyle, and was even invited to the Russian Mafia on her very first day in the city.

After months of debating, Olga left the Russian Mafia after feeling that she did not belong in the group. Additionally, the straw that broke the camel's back was when Boris Ivanov discovered that Johnny Cassle used Olga's former boyfriend, Flippy, as a hitman to kill Dio Ivanov after Dio had been insulting Johnny. Boris wanted Olga to kill Flippy as reparations for directly attacking the group, but Olga refused to. This ended in Olga storming out of the meeting after Boris called her a coward three times and fracturing any sort of relationship she had with the group.

She then joined Flippy's Crew and became a full-time member. As a member of the Hydra Gang, she participated in criminal activities and helped selling guns to other criminals in Los Santos. She then started her own business through her medical license to become a plastic surgeon. Her workplace resides in the Cerberus Business Center and she frequently has customers asking her for face surgeries. 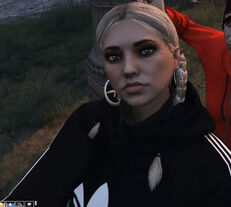 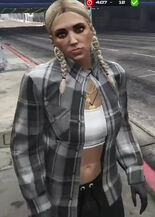 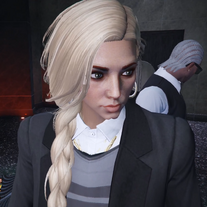 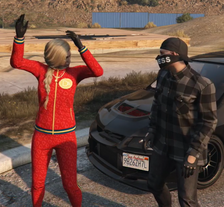 Olga and her brother, Aleks