Octavio Stenberg is a character role-played by neutreN.

Octavio "Goofy" Stenberg is an illegal street racer and getaway driver, currently racing under the alias "HyperGoof". Octavio is widely considered the best racer in the city, and is quickly earning rep as one of the best getaway drivers now too. His driving abilities have led to a number of driving opportunities for bank jobs and boosting.

Goofy is an elite street racer with a stellar record of wins and lap records. His racing success has been broadly noticed throughout the city and has led to widespread recognition and sponsorship opportunities.

One of the parties with an eye on Goofy is the Puppet Master, who included Goofy in an event mission. Alongside Lang Buddha, Tony Corleone, and Mary Mushkin the crew was tasked with stealing an F1 car. While Goofy was ejected from the vehicle and downed after a collision, the car was ultimately secured and parted out for the build of Buddha’s custom DeLorean. Goofy's error led to punishment by the Puppet Master, who instructed Buddha, Tony, and Mary to break his legs and prevent him from racing for several days.

As a leading figure of the racing scene, Goofy was included in Eddie Marshall’s planning for the new Tuner Shop. When Eddie needed a capital raise to pay for the shop’s construction, Goofy invested $150,000 for a 3% ownership stake. He was hired as the first Mechanic at the Tuner Shop by Tommy Cruizer.

Goofy’s racing skills quickly translated to robberies when he was recruited by Chip Green and Zane Bane for store and Fleeca jobs. The trio was known for humor in their jobs, telling hostages they were being taken to stores to buy Kit Kat candy bars, calling police offers "Eggman", and demanding Chaos Emeralds during hostage negotiations. Despite frequent success, Goofy found himself without a crew when his two partners left the city.

After getting to know Burt Beans through the racing scene, Goofy was introduced to Jay Que. Jay recruited Goofy for getaway driving and Goofy has been behind the wheel for a number of successful robberies with Jay and Mayumi Himura. With very complementary skillsets and compatible personalities, Goofy, Jay, and Mayumi have further deepened their friendship and criminal collaboration and have become an established crew.

Goofy’s driving skills have also been utilized for boosting and he was recruited for interference driving for the first A+ class car boost alongside Randy Bullet, Eddie Marshall, and Mayumi Himura. 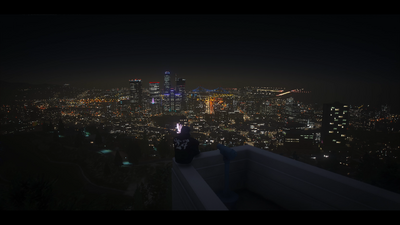 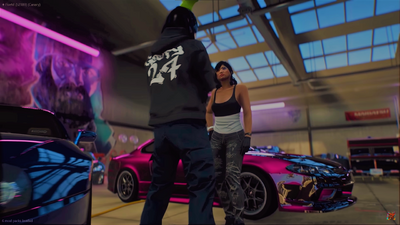 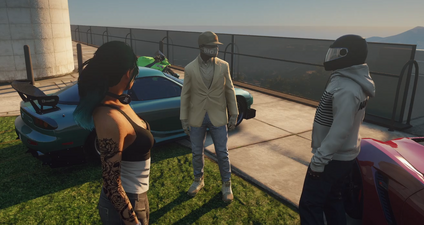 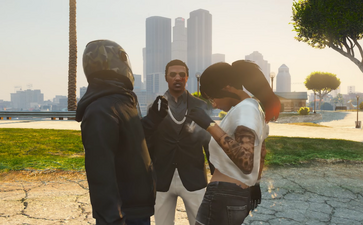 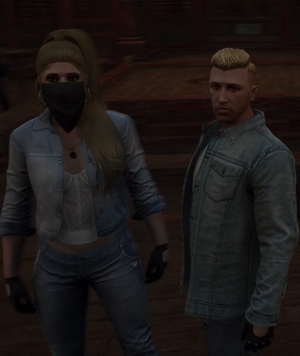 Kitty and Goofy as Britney Spears and Justin Timberlake
Community content is available under CC-BY-SA unless otherwise noted.
Advertisement