Ziggy
Norman Bones is a character role-played by Ziggy.

Norman Bones is a lawyer in Los Santos. He doesn't like people very much and tends to keep to himself, never actively engaging in conversation.

Due to his longtime chain-smoking, he has a very deep raspy voice, as he explains when others ask him about it. He's quick to pick up on small details, tellings, and mannerisms with those he speaks to. Norman views any vulnerability in a person as an easy way to manipulate them and gain trust in him.

Norman and his brother were born and raised in a small town in Alaska. Throughout their younger years of living with their parents, they were abused mentally and physically.

During these years, Norman experienced his first sighting of death. He witnessed as a cat impaled itself on a broken fence post, and died as he stood watching. This event switched something in Norman's brain, making him want to see more, and eventually warping his mind to the point of believing that he is Death itself.

When the brothers were old enough to plan their escape from the abuse, they took action in the form of killing their parents. His brother was tasked with killing their mother (due physical stature/age), and Norman killed their father.

The brothers parted ways shortly thereafter, and lead separate lives for several decades with no communication. Norman became a lawyer, and his brother went on to study medicine, and become a hematologist in Liberty City.

In January 2019, shortly after his brother began work in Los Santos, the two brothers were reunited at Pillbox Medical during one of Norman's visits.

Before the city wipe, Norman was strictly a serial killer. He stabbed 54 people, resulting in five perma-deaths. Towards the end of his time as a killer, he began knowingly working with people who were unsafe in keeping his actions a secret. This decision resulted in his arrest, and court trial. At the ruling, there were several witness statements to his actions, and events that took place. Norman was tried as Guilty with sentencing of Death by Firing Squad. On his way out of the courtroom hearing, Norman was slipped a knife [1] to take with him back to prison.

During his final words standing before the Firing Squad, he took the opportunity to draw the smuggled knife and stab his final victim [2], Jackie Snow. Norman was immediately shot down following his attack on Snow, and thus Norman's life was ended.

Norman's body was sent off at the docks [3] near the Lighthouse he owned; and a location that had deep symbolism for him.

After the city wipe, Norman returned. He was seen crawling back up the docks at the Lighthouse, where his body had been laid to rest.

Norman is now primarily a lawyer in Los Santos, easily blending in with the public; masking his secret life as a serial killer. He is well-known for winning cases, and a known menace go against in court.

Outside of being a lawyer, his current long term "projects" involve unraveling and manipulating the minds of Tessa Lamb/Mary Wolf and Jessie Skid.

Norman still holds a deep connection to the Lighthouse; conducting meetings there with his brother and others, and in the process of trying to secure the house located directly on the cliffside overlooking it. 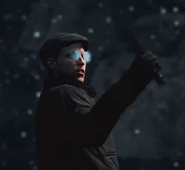 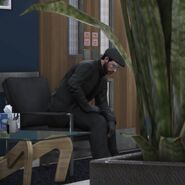 Norman in “A Peek into NoPixel” trailer

Retrieved from "https://nopixel.fandom.com/wiki/Norman_Bones?oldid=64693"
Community content is available under CC-BY-SA unless otherwise noted.