Negan Graham is a character role-played by MacL0ven.

Negan Graham is an Enforcer for the Lost MC.

Negan was Patched into the club in November 2019 and later promoted to Enforcer. After an incident in March 2020, the Lost stripped him of his patch. In January 2021, things got eventually sorted out and the club agreed on letting Negan back. 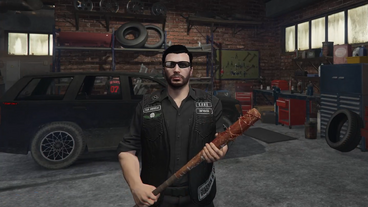 Negan with his Widowmaker 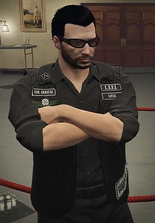