Natural Born Crackheads, also known as NBC, is a gang created and founded by Daquan Dumas and Guy Jones.

The name originated from their often funny and non-serious demeanor. They use their funny wit and sarcasm to escape messy situations. They are also known for their up-tempo and hyper trash talking. But don't let the name deceive you; this group is still as ruthless as they come and have built a reputation of being some of the top tier shooters in the city. They've also grown into one of the biggest, in terms of members, as well as one of the most powerful gangs in the city. They are associated with violence, theft, illegal criminal activity and gang-related affiliation. They make most of their money by performing various bank heists throughout Los Santos such as Fleeca, Paleto, Upper and Lower Vault, BobCat, & the Yacht. They also play a large part in the distribution of marijuana, methamphetamine, crack & illegal money bags.

The Natural Born Crackheads have quickly made a name for themselves in the city of Los Santos in which they've earned a ton of street credit. When NBC first started, they wanted to take part in a form of business to kick start their finances as a gang as well as partnering in business proposals. Their first proposal was to Wayne Biggz and Chad Brodie.

Wayne and Chad run the biggest operation of marijuana growth and distribution in Los Santos. Wayne's farm consists of over 30 marijuana plants growing simultaneously. Guy Jones and Peanut proposed to help in the operation by requesting that they would help them store the large amounts of marijuana in a warehouse. With all of NBC being high-rated criminals, they asked Salem Barghouthi if he would purchase and front the warehouse in his name due to having a very clean record during the this time. Salem requested a portion of the business sales and the NBC accepted. After the purchase of the warehouse, Chodie gave the NBC a few male marijuana seeds to start their own operation. After a few weeks, Chodie was starting new business ventures and parted ways with the warehouse. The NBC can still run their own operation of marijuana but as of right now have steered away from it due to its slow process.

After receiving a tip off from Lang Buddha about a red barn located in Harmony which turned out to be a meth lab, the Natural Born Crackheads became one of the few crew's in the city that are now cooking and producing meth. The NBC learned how to cook and as of 06/01/2021 they successfully cooked up their first batch. Since then, they had been cooking multiple times with Dean Quincy quickly becoming the main chef and orchestrating the cooks. NBC's plan was to become one of the biggest distributors of meth in Los Santos and completely take over it. At the time, they were sitting on 200k-600k worth of meth. After losing the warehouse Dean Quincy steered clear of the meth game and subsequently left NBC. As of September, NBC have resumed their cooking and selling of meth with Pilbis Shonley as the main chef as well as Peanut operating on meth tables.

The Natural Born Crackheads were sitting on three red dongles from their successful Paleto Heists. They were devising a plan for awhile on how they were going to plan, hack and successfully get away from their very first vault heist. With Chang Gang and the Cleanbois being the only two groups to successfully rob the vault and get away, the NBC wanted to be the next crew to do it. Guy Jones figured since he had connects to Yuno Sykk and Lang Buddha that they would be good partners for acquiring thermite and successfully hacking the bank with Yuno being the best hacker in the city. After a few conversations the plan was set in motion with Guy Jones, Peanut, Buddha and Yuno being the four man crew. On the day of the heist, Peanut wasn't able to wake up so Guy replaced him with Dean Quincy. Guy proposed the get away plan and Lang offered that they use his personal boat in the get away as well. The end game was to have the person with all of the banks loot be priority on escaping no matter what. During the vault, Yuno and Lang successfully hacked all of the doors and they were able to obtain the money. It is said that currently, it was the biggest payout for a vault heist yet being at 600k which meant a 150k per person. During the escape, everything fell perfectly into place and everyone got away with Lang and Yuno flying in their plane and Guy and Dean basically getting away in the boat. NBC's next vault strictly had just NBC members on the job. They were able to successfully hack their 2nd ever vault job with the help of Bohdi Mack from the Vagos They escaped with all the money as well.

The NBC regularly hack the Vault as a full man crew now having some of their own members, such as Alan Kyles, being professional bank hackers.

NBC hit their first lower vault on 9th December 2021, and Alan successfully hacked it and got the loot but they were breached by Cleanbois along with Marty, Everyone was caught and sent to jail and they lost all the loot. They wanted to negotitate with Cleanbois but after it fell apart, they declared war. During a very short war, NBC unsurprisingly took care of business. Lang Buddha declared to stop the fighting and shooting and settle on an agreement that Guy Jones proposed in which they paid NBC 500k.

The Rise and Fall

With the NBC growing as fast as they were, gaining tons of reputation, making plenty of business moves, and even recruiting new members along the way, the Los Santos Police Department quickly grew suspicious of the crew. The NBC's warehouse at the time ,where most of the illegal business took place, was under surveillance by authorities which then led the NBC to tread carefully. One day, Dean Quincy, Alan Kyles, Brad Bett and Patar Bellosh were prepping to go and cook up a batch of meth in one of the underground labs when they ran into four random people already down there. After a short and heated discussion between both sides, a shootout occurred in the lab with NBC downing everyone. Unfortunately after NBC fled the scene and the police arrived, the police noticed blood had been left from the shooters and quickly identified Dean Quincy. In the coming days, the NBC were under heavy investigation by the authorities on their part in possible drug-trafficking that was being taken place. Guy Jones had a meeting with his gang that they needed to be cautious when leaving and entering their warehouse. He also ordered that the meth cooking should stop completely until they were able to avoid any further suspicions. A week later Dean, Alan, and Peanut were trying to store some marijuana in their warehouse but knew that the police could be watching at any time, especially on Dean. Nonetheless, the police were already taking photos of them entering and leaving the warehouse. Officer Tracey Martell who was leading the investigation pulled the trigger and decided it was time to take the NBC down with the proof they had and was in the process of gaining a warrant to raid the warehouse. With Dean Quincy and Alan Kyles in custody they were quickly taken to Mission Row PD for questioning. During the interrogation, Dean was able to slip a quick phone call to Guy Jones to let him know that they needed to act fast if they wanted any chance on moving all of the illegal drugs and guns from the warehouse before the police got to it. Guy Jones assembled Peanut, Jack and Alem to go to the warehouse for a possible shootout with the cops to defend their warehouse. !Video below on the shootout to defend the warehouse!

After a long and intense shootout, the cops proved to be too much and the fight for the warehouse was over. The NBC downed a total of 14 police officers during the 40 minute shootout. Guy Jones and the rest of the boys were taken to prison. Guy Jones, Dean Quincy, Alan Kyles and Salem Barghouthi were all sentenced to the nines(held in prison until bail and court date). Most of them served 7-9 years in prison(7-9 days) for illegal drug trafficking. They were also all charged north of 100k in fines with Salem getting the most at 400k due to the warehouse being under his name. The warehouse has since been sold and the NBC are finally all out of jail and looking to rebuild from the ground up. After about a week of staying clean for some of the gang, they are finally all back to grinding and working to make money again in a more strategic and smart way. With most of the crew wanting to get back into the drug business, they have frequently been hitting banks to sustain themselves and make money to once again rise to the top. As of right now, they have hit multiple banks and are each sitting on more than 200k worth of money and assets. NBC has slowly moved away from the drug-game but may still from time to time play their hands in it.

On August 18, 2021, Dean and Patar announced that they wanted to leave NBC and join The Mandem. Patar asked if he could be lowered from a full member to an associate, which Peanut approved. On September 7, 2021, they both officially joined The Mandem. 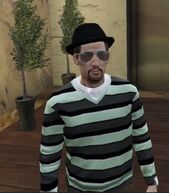 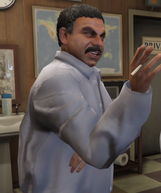 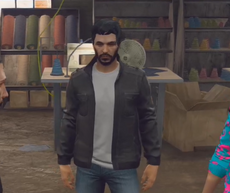 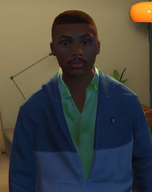 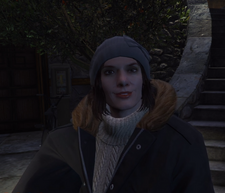