Murphy Braun is a character role-played by MurphyBraun.

Murphy is a Criminal Defence Attorney and a part of the DOJ.

He has been a lawyer for over 2 years, leaving a few times throughout the years; there was a moment in time when he resorted to a dependency on alcohol and was known as the "towns drunk" due to the pressure that being a lawyer gave him. However, recently he has been on a steady path and seems to be enjoying his job- this may be as a result of the support that Chang Gang provide him.

Murphy purchased and began operating an oil refinery in April 2022, with a goal of achieving 100% purity. 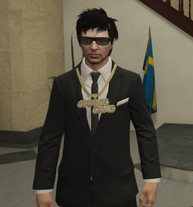 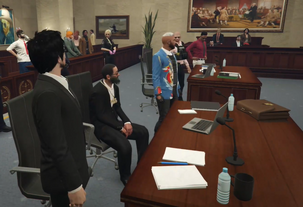 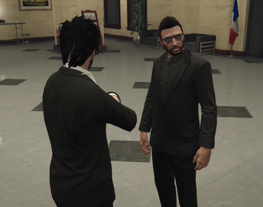 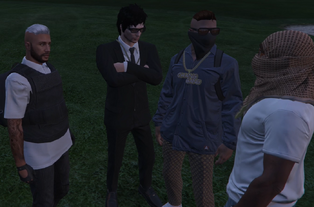 Murphy with Curtis, Randy and Wayne