Wang Chang, now known as "Mr. Chang" is one of the founding members, and the leader of Chang Gang.

Wang Chang legally changed his name to Mr. Chang. A self-described native of Puerto Rico, Mr. Chang runs the Chang Gang, as well as his line of cons and petty crime. He is skilled in urban combat and martial arts. A heavy drug user and adrenaline junkie, he is frequently injured as a result of reckless high-speed driving. His spirit animal is the dragon. Also known as the Final Boss of Los Santos.

Mr. Chang is a 72-year-old Vietnamese immigrant with a dreadful past, and a peculiar present. Growing up during the time of the Vietnam war, Mr. Chang saw nothing but death, blood, and guilt. In addition, his parents were never around, and abandoned him when he was nine. Mr. Chang was forced to raise himself in the wilderness of Vietnam, secluded from any others that could have helped him.

For almost 20 years, Mr. Chang spent his time in Vietnam ruins; suffering from PTSD caused the terrors of war, and living with built-up confusion from his parents' departure. Mr. Chang managed to find a boat of helpless people trying to escape to America, in hope for a new life. He spent 50 years traveling around the United States, in hope of finding a life that he was never able to have, while dealing with the fact that he doesn’t have the skill to act “normally” around others. During this time, Mr. Chang dabbled in many drugs, resulting in his current goofy and deluded personality.

Mr. Chang's final stop was Los Santos, where he hoped to finally settle down, and just live life the way it is. Even though he suffers from mental conditions, he still tries to have fun and make the best out of life.

Upon arriving in Los Santos, he met Garrett Jobless. Together, they began the Chang Gang, which they named after Mr. Chang.

The Chang Gang have since become one of the biggest gangs in Los Santos. As stated by Mr. Chang, they are the oldest and longest-running gang in the city.

In July of 2019, Chang reluctantly married Freya to get wedding presents.

During the whole marriage with Freya, Garrett had actually gotten married to Chang along with Freya making it the Chang, Freya and Garrett marriage. Garrett has claimed that hes loved Chang a long time.

Was in a relationship with her before finding out had found out she was kidding about the whole thing. Chang was mad and kidnapped her to the chicken factory in Paleto and tortured her for revenge.

She is Chang's SEX-utary and is very sweet on him. As of late now that her and Jordan are no more she wants to take Chang out on a date.

Ex-girlfriend in the old server and is a former Chang Gang member.

A ex-girlfriend in the old server.

She is a ex-girlfriend from the old server, use come around all the time and was very attached to Chang and would become very jealous if any woman or man would look at him and refer to him as "her man" and no one else could have him.

Chang was forced into marriage by him back in the old server.

Ex-girlfriend in the old server use to hang out with Chang and the guys a lot.

Mr. Chang's prior convictions list as of Thursday, December 12th, 2019. 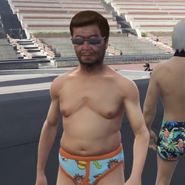 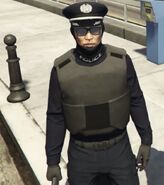 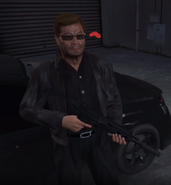 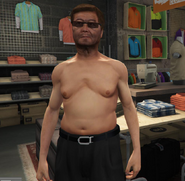 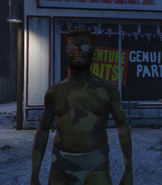 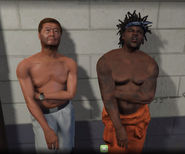 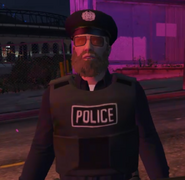 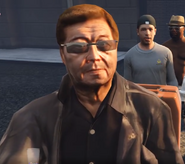 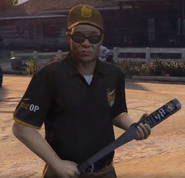 UPS chang
Add a photo to this gallery

Retrieved from "https://nopixel.fandom.com/wiki/Mr._Wang_Chang?oldid=32524"
Community content is available under CC-BY-SA unless otherwise noted.