The character was previously known as Mr. Chang, but after transferring their consciousness to a new body they are now known as Mr. Kebun aka Mr. K.

Wang Chang, now known as "Mr. Kebun" is a co-founder and the leader of Chang Gang.

Wang Chang legally changed his name to Mr. Chang and then again to Mr. Kebun. He is a self-described native of Puerto Rico with a notably thick accent. Mr. K is a founder of Chang Gang, along with Garrett Jobless. He is highly skilled in urban combat and martial arts, he is also known to be one of best shooters in Los Santos. A heavy drug user and adrenaline junkie, he is frequently injured as a result of reckless behavior and high-speed driving. His spirit animal is the dragon and is known as the Final Boss of Los Santos due to his excellent knowledge of warfare.

He knows the city inside out, every route and road.

Upon arriving in Los Santos, he met a man of the name of Garrett Jobless and approached Chang to start a Gang which was named Chang Gang, which Garrett came up with. In true Chang style he agreed for $50 dollars and a cheeseburger.

Due to the shocking tragedy of Mr. Wang Chang, Chang Gang had to seek out help from a top level scientist to try and restore what was left from Mr. Chang's brain.

The gang planned and organized a heist led by Mr. Chang's stepson, Tony Macaloni and Chang gang member Uchiha Jones (a cybernetic human himself) to steal a new Boston Dynamics cybernetic human body from humane labs research and development facility. After the heist was successfully finished, Chang Gang contacted one of the worlds best doctors Dr. Singh, from Pillbox Medical to transfer Mr. Chang's consciousness to the new cybernetic body, but it wasn't going to be easy.

With the help of Dr. Singh, Chang Gang managed to steal Mr. Chang from intensive care at Pillbox Medical and then preceded to the next destination, the morgue.

Once the group arrived at the morgue, they quickly unloaded the two bodies and proceeded to the top floor for Dr. Singh to begin his transfer of the bodies. About 20 minutes into the procedure, police started swarming the area and a large shootout began to occur. Fully automatic gunfire was heard throughout the city and local news began to cover the story live on air. After a bloody showdown with police and the successful procedure by Dr. Singh, Chang Gang got to see Mr. Kebun being born.

His body is fully composed of cybernetic torso, arms, legs, and a shoko (penis) produced from Boston Dynamics (in collaboration with Pillbox Medical and SpaceSex).

Chang wanted to have a contest to see who the strongest fighter was. He made a boys vs girls fight involving Garrett (originally was supposed to be Big D but he wasn't able to make it), Taco, Tessa, Macy, and Chang with John Archer (during the time he was fired from PD) as the announcer...

On October 10th, 2020, Garry Berry left his apartment for the first time since he was fired from the Los Santos Police Department. Garry was fired after accidently unlocking the backdoor to Mission Row, allowing Mr. Chang too escape. Garry called his old colleague Conan Clarkson, who brought him to a standoff between Chang Gang and the PD at Legion Square. At the standoff, Garry asked Drew “Dead Eye” Harrison if he could borrow a gun and knife, which he willingly gave him. Shots were exchanged, and Mr. Chang was left down the ground. Upon arriving at Mission Row, Garry put his gun to Conan's head and told him to drive to the Chicken Factory. Garry explained that he blamed Mr. Chang for getting him fired, and needed to get revenge. Conan was hesitant at first, but eventually agreed, remembering all the trauma Mr. Chang had put him through. At the Chicken Factory, Garry joined a radio channel with Vinny Pistone, Randy Bullet, and Charles "Taco" Prince. Garry instructed them to come to the Chicken Factory if they wanted to see their friend again. Conan and Garry held the group at gunpoint and brought them into the backroom conveyor belt. Garry put Mr. Chang on the conveyor belt, stabbed him, and sliced his throat. Garry handed the knife to Conan, who cut off one of Mr. Chang's fingers. After Garry and Conan fled, Vinny, Taco, and Randy rushed Mr. Chang to Pillbox Medical Hospital. Mr. Chang is currently being heavily monitored in Pillbox's ICU, with possibly permanent damage to his throat.

He was shot in a drive-by, then burned alive on top of his car by Mr. Chang and Vinny of the Chang Gang.

He was shot and killed by Chang Gang (specifically by Mr. Chang) outside of Premium Deluxe Motorsport while Adrienne West was being kidnapped. This was all done on Bovice Wilkinson‘s orders. Ryan Carthus was present and was the one that called 911 once the kidnappers left. Deputy Lauren Forcer was the first LEO on scene.

On February 17, 2020, Hutch and OTT were kidnapped by the Chang Gang due to being at war with them. Mr. Chang offered to let OTT go but keep Hutch in his possession with the promise of only releasing Hutch if OTT delivered a bunch of cocaine and pistols to him, which OTT stole from the Chang Gang earlier. He only had 10 minutes to complete this job.

After OTT panicked and failed to deliver these items (instead spending his time trying to think of alternate methods to save Hutch), the Chang Gang relocated him to the mine shaft where he was sliced to death with a machete by Mr. Chang.

When Mr. Chang won against Mr. Shang in their fight in the wrestling ring, Mr. Chang threw a molotov towards the "Shang Gang" and Harper was caught on fire which resulted to her death.

First ever wife on the old server.

In July of 2019, Chang reluctantly married Freya to get wedding presents. They've since divorced.

Garrett got married to Mr. Chang, alongside Freya Manning, making it a three-way marriage. Garrett has claimed that he has loved Chang for a long time.

She is Chang's SEX-utary and is very sweet to him. Now that her and Jordan Steele are no longer married, she wants to take Chang out on a date.

She was Chang's first ever girlfriend from back in the old server, she was also a Chang Gang member.

Mr. Chang was in a relationship with her before finding out she was kidding about the whole thing. Chang was mad and kidnapped her, taking her to the chicken factory in Paleto, torturing her as revenge and ended the relationship.

They started 'dating' after Lana confessed her feelings for him and she even fought Freya for his love and won. The relationship between the two became complicated, it is unknown if he sees her as his girlfriend- but Chang does refer to her as his girl. He recently started speaking and spending more time with her whenever he has time. He sometimes shows jealousy at her speaking to other guys but this isn't often, and he sometimes flirt with other women to get a reaction from her.

Ex girlfriend/wife on the old server they where never married but Chang always called her his wife she would hang out with him and the boys when ever they had a open spot.

She was Chang's wife on the old server they got married in Vinny Pistone's tattoo shop where they got each other's name's tattooed on there ass. They broke up when Chang found out she was cheating on him with one of his best friends Randy Bullet.

She is an ex-girlfriend from the old server that used to come around all the time and was very attached to Chang. She would become very jealous if any woman or man would look at him, as well as referred to him as "her man" and that no one else could have him.

Mr. Chang was forced into a marriage by him in the old server.

Ex-girlfriend on the old server they met when she was Vinny Pistone's assistant when he was the mayor. Chang turned her into a criminal when she was fried by Coop Holiday as his assistant then she fell in love with Chang because he was just as crazy as she was and that they both had a love for fire. She would hang out and do crime with him and the boys all the time. She would get really jealous when ever he would talk to or mention other girls names witch in most cases would end in ether her killing,burning or blowing up the girls cars.

The rumpo use to be one of chang's go to vehicle's in the old server. He used in tons of bank jobs and robberies to get way from the cops although the rumpo wasnt a fast getaway car it was able to take a beating from the cops before it would break down it was a literal tank. He also use to paint it chrome because chroming cars in the old server was free. This vehicle and the bison was preferred by Chang in jobs when he was going to do the "Chang Gang river jump".

Along with the rumpo the bison was another car chang had in the old server that he used for bank jobs and robberies, it was also a tank as the rumpo was. Also painted the car in chrome, chrome was free. This vehicle and the rumpo was preferred by Chang in jobs when he was going to do the "Chang Gang river jump".

This is his new favorite car, ever since the car came to the city Chang knew he had to have it.

No car drive's more fear into the heart's of people, especially the police, than the Ladybird. 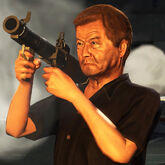 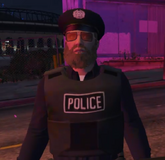 Gorilla Warfare With Gear On

Mini Chang With His Girls 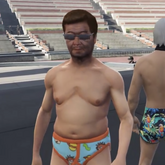 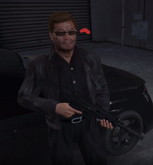 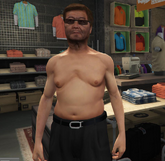 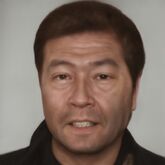 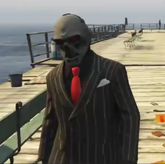 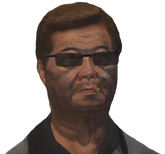