Penta
Mike Block is a character role-played by PENTA.

Mike wears an over-sized "Backside" red shirt, a white du-rag, a red cap facing sideways, and a large chain with a massive pendant. He also has tattoos that peak out of his large shirt. It is worth noting that Mike Block's character template is a default template (Male #24) provided by the game.

When Mike was 7, a witch in a forest gave him magical hitman powers. These powers came with a stipulation - once a name is spoken, the hit must be completed.

Mike is a "real gangster". He arrived in Los Santos and wants to take over the south side.

He has a master degree in civil engineering from MIT. He was also the captain of the Blimp Team in MIT and has a Blimp License. He is the father to 16 adopted children, one daughter, one 7 year old son and Holden D. Block.

He wreaks havoc across the city with his son Holden and triple OG and best friend, Ray Ray. His daily activities consisted of making mixtapes, committing petty crime with the Block Gang, and robbing the Taco Shop and Quickfix

He is the leader of the Alta Street Ruff Rydaz, Sinner Street Cinnamons, and 150 Gang. 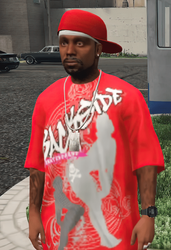 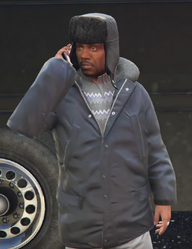 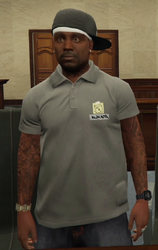